Big Jake the Adventurer... Paul Regret the Gambler... Pilar the Gypsy beauty... Three With a Past... Destined to Cross and Clash... In a Kingdom of Killers! 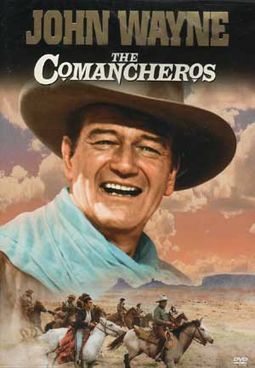 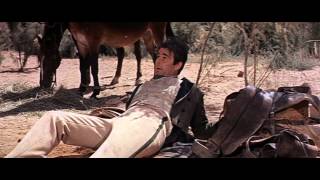 In this explosive and absorbing Wild West adventure, John Wayne stars as Captain Cutter, a fearless Texas Ranger determined to crush a violent gang of gunrunners and thieves known as The Comancheros. Through an unlikely turn of events, Cutter enlists the help of his own prisoners to accomplish his mission. Also featuring an all-star cast that includes Stuart Whitman, Lee Marvin, Edgar Buchanan and Patrick Wayne, and a catchy soundtrack by Elmer Bernstein, this fast-paced Western is pure entertainment from start to finish.

John Wayne is a Texas Ranger in this rollicking, good humored western, assigned to bring an arms-running gang to justice. After Wayne arrests one of the criminals, matters are complicated when they wander into an area controlled by the Comancheros: a group of Anglos aiding the warring Comanche Indians. Based on the novel by Paul I. Wellman, THE COMANCHEROS was the last film for director Michael Curtiz (CASABLANCA).