Eddie Kendricks All by Myself 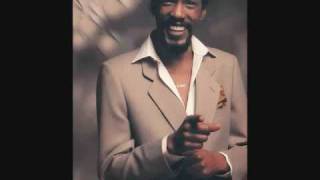 CAN I (Music Video) 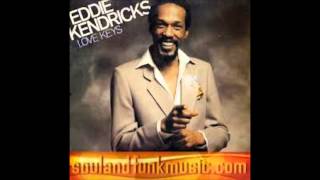 Personnel: Eddie Kendricks (vocals).
Even before his departure from the Temptations was confirmed, Eddie Kendricks had started working on the suitably titled debut solo venture All by Myself (1971). So, while the Temps were continuing to own the charts with the early-'70s soul epics "Ball of Confusion," "Psychedelic Shack," "I Can't Get Next to You," and "Just My Imagination (Runnin' Away with Me)," the combo's co-founder had already maneuvered his escape. The album's ultimate lasting power can be found in the ageless grooves laid down behind Kendricks, courtesy of the Detroit-based Motown house band the Funk Brothers. Luckily, All by Myself was created while the soul and sonic spirit still dwelled at Hitsville USA's Motor City headquarters. Within 12 months, the entire operation would relocate to Los Angeles, thus concluding the label's seemingly perpetual stream of classics from the self-proclaimed "Sound of Young America" hit factory.
Right out of the gate the vocalist is at his intensely testifyin' best with the reverb-laden proto-funk "Let's Go Back to Day One." For the equally heartfelt "This Used to Be the House of Johnnie Mae," Kendricks digs deep into his gospel roots to unleash one of the effort's most emotive leads -- complete with spoken narration. Perhaps inspired by the lush string scores emanating out of the Philly soul movement, "I Did It All for You" and the classy remake of Jimmy Webb's "Didn't We" would have been worthy entries from the Kenneth Gamble/Leon Huff school of T.S.O.P. brand R&B. All the more refined is the laid-back and jazzy "Can I." Here, Kendricks' intimate interpretation demonstrates a strata that takes the tune to a level of sophistication that was unavailable to him as a Temptation. In 2005, as part of their restoration of Kendricks' Motown catalog, Hip-O Select included All by Myself on the double-disc Keep on Truckin': The Motown Albums, Vol. One (2005) anthology. ~ Lindsay Planer

The Undisputed Truth
Face to Face with the Truth
$22.60
Add to Cart