DevilDriver Outlaws 'til the End 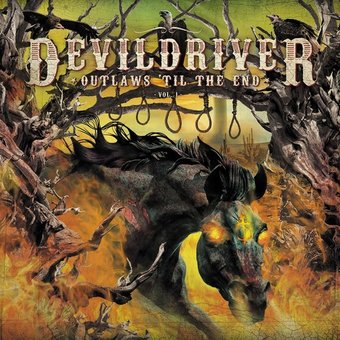 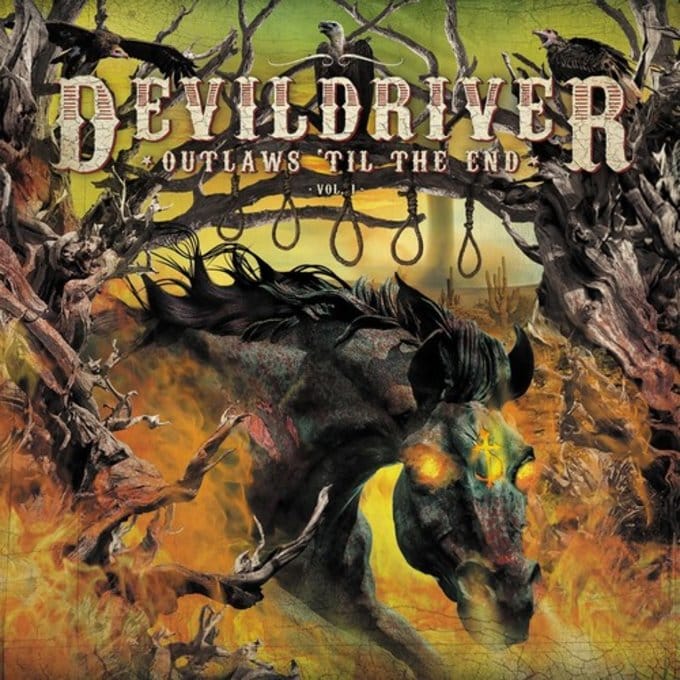 Personnel: Dez Fafara (vocals); Mike Spreitzer (guitar, programming); Neal Tiemann (guitar); Austin D'Amond (drums).
Recording information: Audio Vault Studio.
The follow-up to 2016's reliably punitive Trust No One, DevilDriver's eighth studio long-player asks the age-old question: Would Dwight Yoakam's "Thousand Miles from Nowhere" sound better with blastbeats? That same query is applied to Steve Earle's "Copperhead Road," Willie Nelson's "Whiskey River," and nine other classics of the genre on the competent and occasionally thrilling Outlaws 'til the End, Vol. 1. It's certainly the group's most adventurous outing to date, but that's not saying a whole lot, as DevilDriver have been cranking out shelf-stable slabs of death-focused groove-metal for over two decades. Still, it's fun hearing Dez Fafara and company pay tribute to their outlaw country heroes, especially when they allow themselves a bit of sonic wiggle room, as they do quite effectively on standouts like Hank Williams III's "Country Heroes" and Stan Jones' "Ghost Riders in the Sky," the latter of which delivers the perfect blend of brooding fury and power metal cheese. The familiarity of cuts like "Ghost Riders" and "Whiskey River" is tempered by the appearance of less-recognizable offerings like Richard Thompson's scathing anti-war rocker "Dad's Gonna Kill Me," which gets the full-DevilDriver treatment, and a guest vocal from Fear Factory's Burton C. Bell -- guest spots play a huge role on Outlaws 'til the End, with Randy Blythe (Lamb of God), Brock Lindow (36 Crazyfists), Lee Ving (Fear), John Carter Cash, and Hank Williams III all lending their talents to the festivities. Sure, it can be hard to suss out the source material when everything sounds like it's being filtered through a woodchipper -- it's unlikely that fans will be able to tell the difference between the band's originals and their Dimmu Borgir-inspired rendering of "Whiskey River" in a live setting -- but there's nothing on here that doesn't feel like a labor of love. ~ James Christopher Monger

DevilDriver
Trust No One (Standard Version)
$14.50
Add to Cart

DevilDriver
Trust No One (Standard Version)
$14.50
Add to Cart

DevilDriver
Dealing With Demons I
$14.50
Add to Cart