Until the car behind him took out his rear light, Harry Anders thought he'd given up on spying... Now he has to think again. 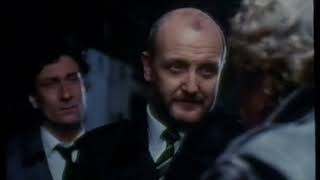 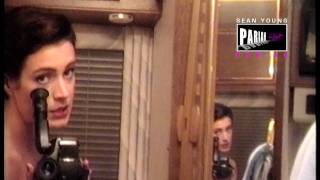 Until the car behind him took out his rear light, Harry Anders (Michael Caine) thought he'd given up on spying... Now he has to think again. The car that hit him holds nothing but trouble in the seductive shape of Stacy Mansdorf (Sean Young). Stacy is the ambassador's wife with one aim in mind, tracking down her ex-lover Kyle. What she needs is a tracker -- and a new lover -- and Harry Anders fits the bill. Making love to Stacy comes easy, it dying that's hard, as one by one everyone involved with the ambassador's wife turns up dead. A bloody trail leads Harry to his boss from the secret service, an old school tie with impeccable taste, style, and a twist of power gone mad. Now Harry's up to his shoulder-holstering murder, espionage, and illegal arms and deals. He's discovering that even old school ties can kill if the knot is not tied tight enough, and the knot is closing in on Harry Anders. Harry's going to have to shoot and kill to stay alive, and nothing -- and nobody -- had better get in his way.

A retired spy is enticed back into the dangerous world he left behind when he falls in love with the beautiful wife of an ambassador. When she asks him to help her get rid of an ex-lover who refuses to leave her alone, he agrees, but his simple blackmail scheme accidentally turns into murder. It becomes clear that much more is going on than she told him.

Former secret agent, Harry Anders, now runs a successful jazz club in London. He finds himself reluctantly pulled back into his old life when a minor car accident turns out to be a prelude to love and death -- espionage style. While driving to work one day his car is rear-ended by the beautiful Stacy Mansdorf, wife of the American Ambassador. After some initial hostility the two strike up a friendship and quickly become lovers. But everything changes when she asks him to locate an old flame of hers who has been missing and might be in danger. Harry starts digging, but the corruption he unearths horrifies him -- especially when it leads him back into his own somber past.

Alfred the Great
$20
Add to Cart

Late for Dinner
$19
Add to Cart