Hammer Films Collection, Volume 1 (The Two Faces of Dr. Jekyl, Scream of Fear / The Gorgon / Stop Me Before I Kill! / The Curse of the Mummy's Tomb) (2-DVD) 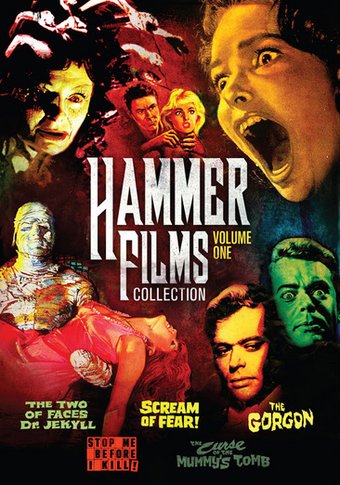 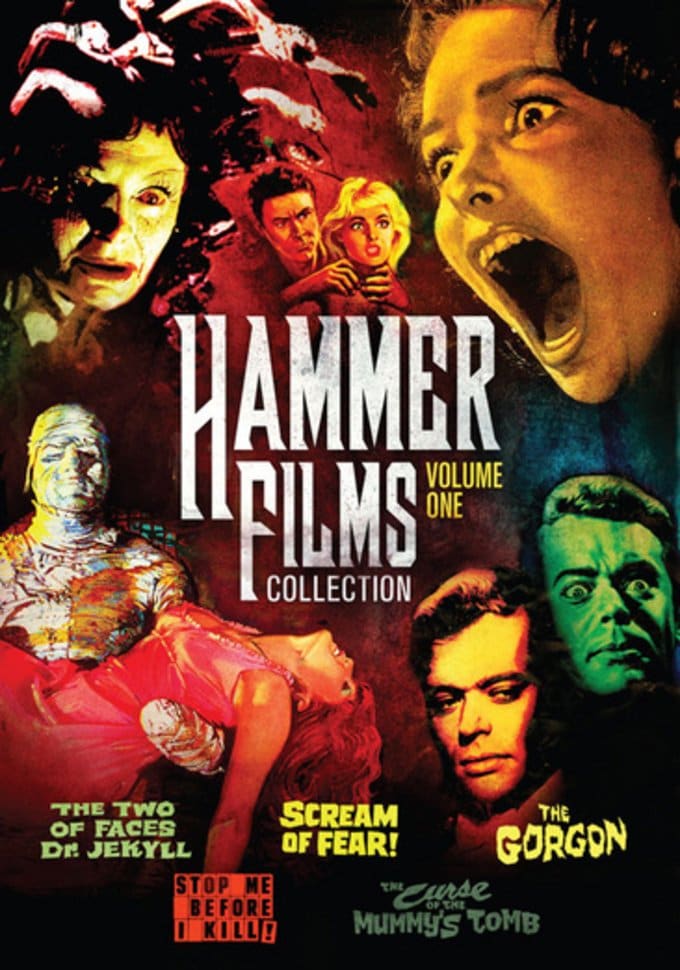 Absorbed in research directed towards freeing the two natures of man, Dr. Jekyll degenerates in to Mr. Hyde, a vengeful maniac. While Hyde wants revenge against a gambler whom his wife is in love with, Dr. Jekyll, takes steps to do away with his evil self.

A young wheelchair-bound woman returns to her father's estate to find he's away on business, but she keeps seeing his dead body in various places. Her stepmother and other house guests employ a plan to drive her insane and take her inheritance.

In a rural village, a series of murders have been committed where each victim was turned into stone. A local professor investigates and finds an evil Gorgon haunting a nearby castle and in search of more victims.

After a horrific car crash, race car driver Alan Colby goes on vacation to recover, but suffers blackouts and violent outbursts. With his wife by his side, he visits a psychiatrist who promises to cure Alan's suffering but they have now encountered a mind more unbalanced and disturbed.

An American showman and financier disrupts the coffin of a mummified pharoah and finds it empty. The mummy has escaped to fulfill the dreadful prophesy and exact a violent and bloody revenge on all those who defiled his final resting place.

16%off
Slave of the Cannibal God
$8.40 Super Savings
Add to Cart