Yusef Lateef The Sounds of Yusef 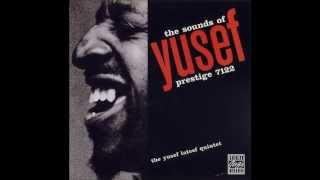 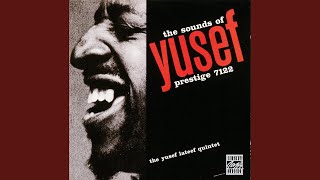 Personnel includes: Yusef Lateef, Wilbur Harden, Hugh Lawson, Ernie Farrow, Oliver Jackson.
Recorded on October 11, 1957.
Yusef Lateef was always a pacesetter in jazz. Even early in his career as a leader (1950's), he brought new elements, instruments and concepts to hard bop. 1957's THE SOUNDS OF YUSEF is no exception to this. Performing on tenor saxophone, flute and an obscure instrument called an argol (a double clarinet that resembles a bassoon) this album stands out in the jazz canon as an imaginative and highly creative musical statement.
One of the aspects of Lateef's music that is so lovely is that he never alienates listeners with oddity and musical eccentricity. Just when one begins to sense that the music has taken a turn towards incomprehensible weirdness, Lateef pulls back and delves into a deep-pocketed bop groove. This said, the solos by Lateef and his crew are rooted in the bebop tradition, but are forward-looking and original. Highlights include the Eastern-inflected introduction to the lush ballad "Meditation," which begins with the striking of a gong and the shrill sound of the argol. Also intriguing and virtuosic are the Latin stylings of "Playful Flute."