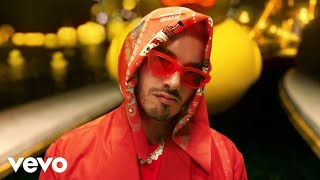 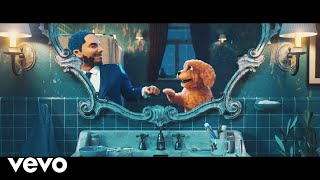 Rolling Stone
3.5 stars out of 5 -- "Spanning 10 pigment-themed tracks, COLORES is a sophisticated show of Balvin's sonic palette."
Billboard - "Home to 10 fresh tracks, including the head-bopping bass-tinged urban single 'Blanco,' COLORES is a conceptual set where each song is named after a color and is an intimate look at who Balvin is as a person and an artist."
Pitchfork (Website) - "Each of its 10 tracks corresponds to a different color, in a sort of sonic mood ring. 'Rojo' deploys atmospheric synths to evoke romance..."
Clash (Magazine) - "COLORES stays true to the reggaeton roots that J Balvin has built upon during the years of his influence on the Latino music scene. An energetic and vibrant project..."

After releasing the multi-platinum single "Mi Gente" in 2017 and the full-length Vibras the following year, J Balvin stepped away from his role as one of musica urbana's most sought-after collaborators to become (arguably) its most identifiable artist. Oasis, his 2019 multi-platinum duo outing with Bad Bunny, charted in more than a dozen countries and spent eight weeks as the top Latin album. Balvin released ten consecutive videos that garnered more than a billion views each, becoming only the second artist to do so. With Colores, he seeks to go become urbano's first auteur. He teamed with Guess for a clothing line for adults and kids to coincide with the album's release, and with director Colin Tilley on videos. Further, the record's garish yet unforgettable sleeve was designed by Tokyo's inimitable Takashi Murakami.
Colores is a concept album: Each song is named after a different color and receives its own matching, extravagantly produced, fashion-forward video. The only lyric concept seems to be Balvin's self-lauded sex appeal. Other than producer/co-writer Sky, Balvin enlisted no vocal collaborators for Colores, a marketing and aesthetic anomaly in 21st century reggaeton. It's also a brief set, its ten songs comprise only 29 minutes. Opener "Amarillo" is almost stripped to the bone. In addition to Balvin's drawling, sing-song rap, and Sky's layered beats, the only instrument is the sound of trumpets that sound sampled on a Casiotone. Single "Rojo" is a moody, atmospheric groover with competing hooks in the chorus and verse with wafting, haunted synths; its bloody, explicit video is disconcerting to say the least. Diplo drapes "Rosado" is in murky, drifting, blurry electronics that would not be out of place in an indie rock shoegaze track, but the use of cajon, fat synth bass, and the doubled vocal in the chorus underscore its cumbia roots. Sky's use of a balafon to introduce the brittle urbano G-funk that frames Balvin's vocals in "Verde" adds an African touch to the rhythmic attack, though brittle reggaeton is in front of the singer's catchy rap. "Negro" is even sparser, with syncopated, skittering beats distracting the listener from Balvin's haunted, hook-laden rhymes. The acoustic guitar, organ, and pan pipes on "Gris" bridge Colombian and Mexican cumbias as Balvin's vocals grab the listener in a flowing melody, at once circular and resonant. Closer "Blanco" eschews everything but Sky's beats and bassline as Balvin's voice resonates with sensuality and an implied air of mischief. Its video portrays Balvin as the king of an aging, decrepit kingdom complete with a dragon, a tiger, and horses. He throws purple paint at a wall as a beginning to liven things up. There isn't much lyrical substance on Colores, and there doesn't need to be. It's a party record whose lyric flows are effortless and laid-back enough -- a Balvin trademark -- to attract listeners inside and outside musica urbano's big tent. The album's brevity adds depth and dimension to its direct, seductive, welcoming mix and garish presentation. ~ Thom Jurek

40%off
Ricky Martin
A Quien Quiera Escuchar
$5.98 on Sale
Add to Cart