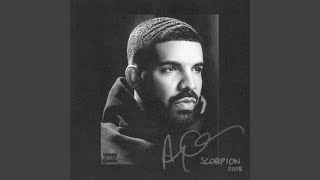 Rolling Stone
3.5 stars out of 5 -- " It's an old-school prestige play, the most ambitious album of Drake's career, digging up Michael Jackson samples, the most expensive-sounding beats known to modern music and more songs than anyone seems to know what to do with. For the most part, it works."
NME (Magazine)
3 stars out of 5 -- "[T]he twisted soul samples of 'Sandra's Rose' and 'Emotionless' rival that of COLLEGE DROPOUT-era Kanye, while there's ambient minimalism, old-school turntablism and deranged, joyous fairground vibes elsewhere."
Pitchfork (Website) - "He's never been more skilled as a technician or melodicist, and it's remarkable how many of SCORPION's 90 minutes are musically engaging."
Clash (Magazine) - "'After Dark' finds Drake delivering one of his best R&B-influenced cuts since 'So Far Gone', combining some unreleased music from the late Static Major with a stellar contribution from Ty Dolla $ign."

Drake's fifth album Scorpion is a double-length broken into two sides; rap and R&B. On over 25 tracks, he delves deep into familiar subjects including exes, his rap skills, and feeling bummed while broaching new areas like becoming a father and responding to Pusha T's epic diss track. Using spare melodies and slow trap beats, the rapper and his production team create a suffocating, introspective sound that allows him plenty of opportunity to explore and expunge his feelings and lay them out in typically melancholy fashion. Jay-Z, Ty Dolla $ign, and BOYSNEXTDOOR all have features, there's a ghostly Michael Jackson sample lurking on the second record, and the bouncy R&B track "Nice for What" gives the set a momentary pop feel. Mostly though, Scorpion is a dark and introspective work that fits well with his two previous releases. ~ Tim Sendra

Drake
Nothing Was the Same [Deluxe Ed.]
$19 CD Sale
Add to Cart