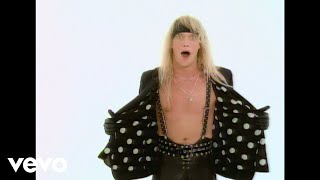 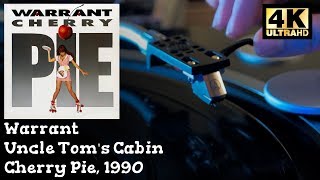 Warrant: Jani Lane (vocals); Joey Allen, Erik Turner (guitar); Jerry Dixon (bass); Steven Sweet (drums).
Additional personnel: C.C. DeVille (guitar); Beau Hill (banjo, organ, keyboards); Juke Logan (harmonica); Paul Harris, Allan Hewitt (piano, keyboards); Jim Einger, Ron Feldman (piano).
Recorded at The Enterprise, Burbank, California.
One track "Ode To Tipper Gore" has been deleted from this edited version.
Audio Mixer: Beau Hill.
Liner Note Author: Brian Ives.
Recording information: The Enterprise, Burbank, CA (1988); The Enterprise, Burbank, CA (1991).
Photographer: Annamaria DiSanto.
Warrant became the stars they so desperately wanted to be with their 1989 debut, Dirty Rotten Filthy Stinking Rich. Perhaps not the biggest stars, since Guns n' Roses still ruled the roost in 1989, but Warrant nearly reached number one with "Heaven" and went platinum, which gave them the spoils of a rock star, from groupies and model girlfriends to being given the freedom to try anything they wanted on their second record. So, working once again with producer Beau Hill -- who helped define the L.A. hair metal sound with his work with Ratt -- the group opted for a bigger, bolder, more diverse production for 1990's Cherry Pie. At times, it even seems like they're trying to get a little more serious, not in hopes of gaining critical respect -- face it, there's no way the critics were going to flip for Warrant, no matter what they did -- but to prove that there's a little bit more to them than the success-n-sex-obsessed party boys of their debut. Not too much more, though -- after all this is a record that explicitly explains the euphemism of its title track through its album cover. Nevertheless, there is a concentrated effort to stretch a little bit, whether it's covering Blackfoot's bluesy "Train, Train" or the attempt at spooky storytelling on "Uncle Tom's Cabin" or even the elaborate arrangement on "I Saw Red," this album's attempt at a big power ballad hit. Throughout the album there are hints that the band is trying do more musically -- more room given to guitar solos, along with flashing acoustic picking, bassist Jerry Dixon pops his strings to get himself noticed, there are more keyboards, and vocalist Jani Lane spends more time on his words, which are printed in the booklet, unlike last time. Some of this pays off -- for instance, the Springsteen by way of Bon Jovi anthem "Bed of Roses" clicks -- but it can also weigh down the party tunes and power ballads, the very thing that were strengths on the debut. It makes Cherry Pie less fun even if it's overall more accomplished and diverse, particularly because none of the singles are as strong as either "Down Boys" or "Heaven." Still, there's enough here -- whether it's the goofy title track "Cherry Pie," the effective "Uncle Tom's Cabin," or the ridiculous ode to threesomes, "Love in Stereo" -- to make this worthwhile for those who loved Dirty Rotten Filthy Stinking Rich, even if it doesn't hold up as well as that record. ~ Stephen Thomas Erlewine

Poison
Look What the Cat Dragged In [Bonus Tracks]
$13.60
Add to Cart

Mott The Hoople
All the Young Dudes (CD)
$6.50 Super Savings
Add to Cart