The eye of the enemy is moving. 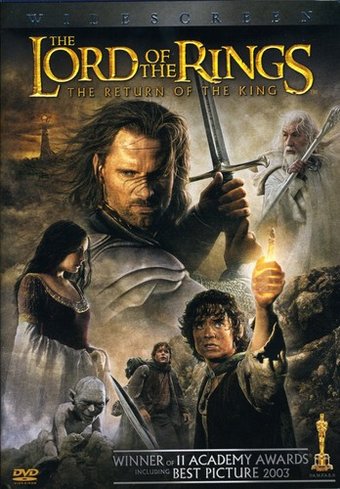 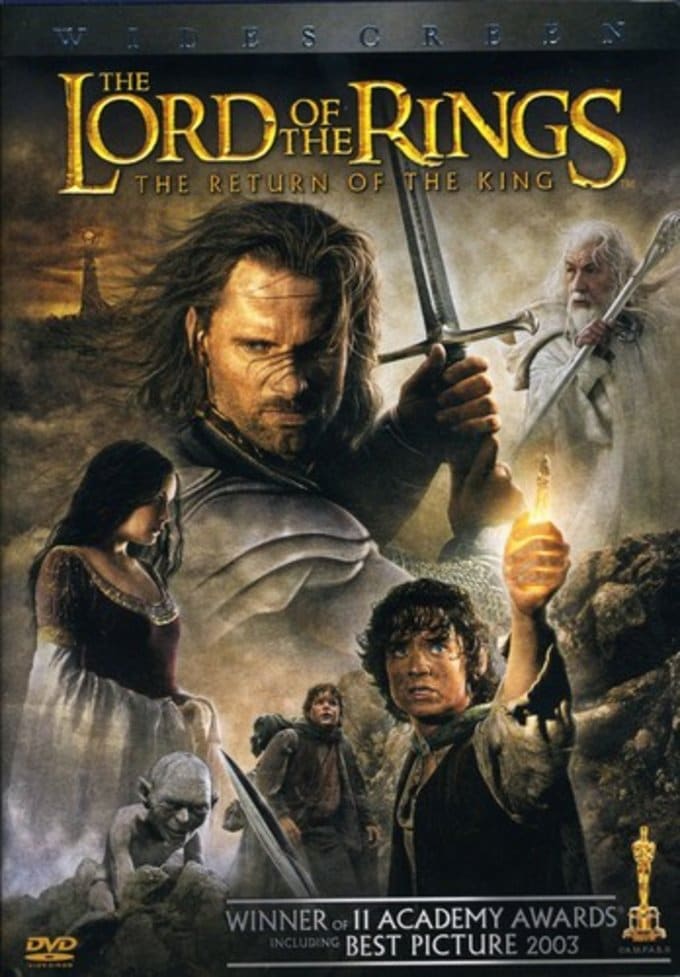 THE RETURN OF THE KING, the third and final film in Peter Jackson's THE LORD OF THE RINGS trilogy, finds Middle-earth on the cusp of great change. Weary hobbits Frodo (Elijah Wood) and Sam (Sean Astin) venture further into the dark realm of Mordor, guided by the increasingly desperate Gollum (Andy Serkis), the two-faced former owner of the Ring that Frodo must destroy in the fires of Mount Doom. Meanwhile Gandalf (Ian McKellen) and Pippin (Billy Boyd) contend with the deranged ruler Denethor (John Noble) at the once-mighty city of Minas Tirith, as Merry (Dominic Monaghan) joins Éowyn (Miranda Otto) and the Riders of Rohan to hold back the forces of Sauron. Amidst the chaos, Aragorn (Viggo Mortensen) must rise to his destiny, aided by Legolas (Orlando Bloom) and Gimli (John Rhys-Davies) in assembling allies for a massive battle that will decide the fate of Middle-earth.

With RETURN, Jackson brings J.R.R. Tolkien's world-renowned tale to a stunning conclusion. As with THE TWO TOWERS, the director deftly weaves various storylines together in one remarkable scene after another. Spectacular visuals complement Jackson's sharp focus on the characters and their emotional battles. While the special effects help to create huge battles and frightening creatures on a previously unseen scale, they never outshine the excellent ensemble of actors who bring the heart of the story home. A truly astounding work of filmmaking, THE RETURN OF THE KING skillfully concludes one of the greatest trilogies in cinema history.

The Hobbit: An Unexpected Journey (Special Ed.)
$6.40
Add to Cart

The Lord of the Rings: The Fellowship of the Ring (Blu-ray...
$9.80 Super Savings
Add to Cart

The Lord of the Rings: The Two Towers (Blu-ray)
$18.70 Super Savings
Add to Cart

The Lord of the Rings: The Fellowship of the Ring (2-DVD) TOP 10 Bestseller
$6 Super Savings
Add to Cart