The Interrupters Fight the Good Fight 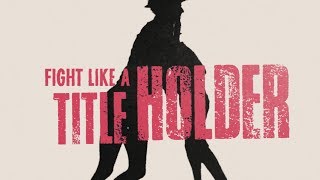 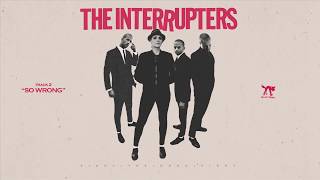 Personnel: Tim Timebomb (vocals, guitar); Jordis Unga, Dash Hutton, Aimee Interrupter (vocals); Kevin Bivona (guitar, piano, organ, percussion); Jason Freese (saxophone); Gary Bivona (trumpet); Ruben Durazo (trombone); Jesse Bivona (drums, percussion).
Audio Mixer: Tom Lord-Alge.
Recording information: Ship-Rec Recorders, Los Angeles.
After two albums that were packed with energy and spirit but sadly lacked memorable tunes, ska-punk quartet the Interrupters' third album, Fight the Good Fight, balances the ledger just enough to make it their best outing yet. As in the past, the Bivona brothers whip up a spunky, spiky sound and vocalist Aimee knocks the stuffing out of the songs with her rough and gruff vocals. Tim Armstrong is once again in the producer's chair and lending a hand with the songwriting. It's a familiar sound and approach, only this time it's a little sharper and tougher. The guitars have a little more bite, the beat is tighter, and the overall feel of the music is bigger and practically compels the listener to start doing crazy dance steps. Of course, a great-sounding record that doesn't have the songs to match makes for one that's easy to dismiss. Luckily, this time the melodies usually stick and land their punches and the sentiments are easy to rally around. The opening "Title Holder" kicks like a warrior and showcases Aimee's most inspiring vocal performance, "She's Kerosene" has a huge hook that they aren't shy about driving straight into the brain of the listener, "Rumors and Gossip" is a nice match of propulsion and melody, and much of the rest of the album shows great improvement in the songwriting department. It sounds less like they are raiding Rancid's cupboard for scraps and more like they are (slowly) becoming their own band. Not every band hits the ground running, and though it sounded at first like they might not finish the race, with Fight the Good Fight it seems like the Interrupters are finally starting to find their stride. ~ Tim Sendra

The Interrupters
Say It Out Loud
$13.60 CD Sale
Add to Cart