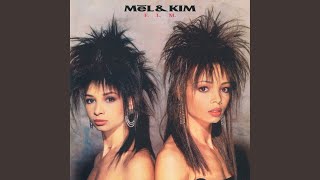 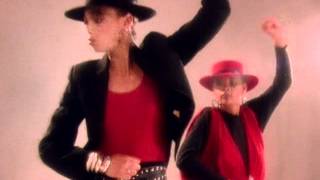 Mel & Kim - Showing Out (Get Fresh At the Weekend) (Music Video)

Personnel: Matt Aitken (guitar, keyboards); Mike Stock (keyboards, background vocals); John O'Hara (keyboards).
Audio Remasterer: Tom Parker .
Recording information: PWL Studios.
Photographers: Peter Ashworth; Brian Aris; Mike Prior.
Arrangers: Matt Aitken; Mike Stock; Pete Waterman.
Mel & Kim can thank their success on the team of Stock, Aitken & Waterman, who were also the producers that brought the world the likes of Kylie Minogue and Rick Astley in the late '80s. Mel & Kim were, however, the least talented of their stablemates, a fact that becomes very obvious on their debut album F.L.M. This is one of the more insipid examples of '80s dance-pop. The songwriting is Stock, Aitken, and Waterman's weakest, and the limited vocal ability of the Appleby sisters is very apparent. Even for writers and producers of eminently disposable pop music, the three-person team have outdone themselves on this completely forgettable album. ~Jonathan Lewis