Us and Them: Symphonic Pink Floyd 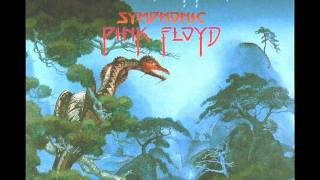 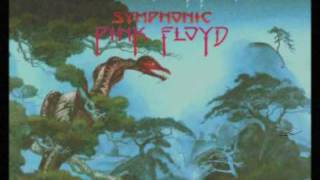 London Philharmonic Orchestra includes: Peter Scholes (conductor).
Tributee: Pink Floyd.
Personnel: Gilbert Biberian (acoustic guitar); Aboud Abdel Ali (violin); Stephen Small (piano); Garry Hughes, Johan (programming); Paul Anthony Taylor (percussion programming).
Recording information: AIR Recording Studios, London, England; Hook End Manor; Olympic Sounds, London, England; Townhouse Studios, London, England.
Arranger: Jaz Coleman.
Killing Joke members Youth and Jaz Coleman thought symphonic versions of songs from Pink Floyd classics Dark Side of the Moon and The Wall would be a good idea, and they were half right. "Us and Them" and "The Great Gig in the Sky," two of Pink Floyd's most beautiful compositions, lend themselves well to the symphonic treatment, especially the latter's use of solo violin to re-create the original's astonishing Claire Torry vocal solo. The string-heavy arrangement of "Another Brick in the Wall (Part II)," sounding like the score for some dark Eastern European documentary, comes from a completely unexpected direction to arrive at the same sense of despair expressed in the original. Saving the best for last, the version of "Time" that closes the album is both the most successful and least orchestral track. With its moody sound effects and long, trance-like sections, the arrangement wisely uses only the song's main themes, rather than trying to re-create the original structure. Compare that to the arrangement of "Time" that opens the album: the original's compelling percussion is sorely missed, and the brass section's performance of the vocal line sounds like a marching band at half-time. "Breathe" and "Money" also suffer from the orchestra's rigid sense of time, robbing the songs of their dark side. In his liner notes, Coleman said he'd intended to demonstrate that music once considered progressive is now considered classic. Classic? Undoubtedly. Classical? Perhaps not. ~ Michael Waynick

50%off
Rule Britannia - Songs That Inspired A Nation
$4.98 CD Sale
Add to Cart