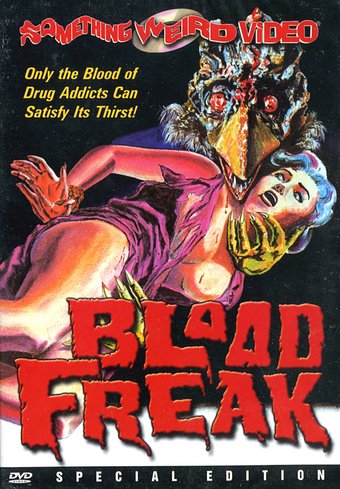 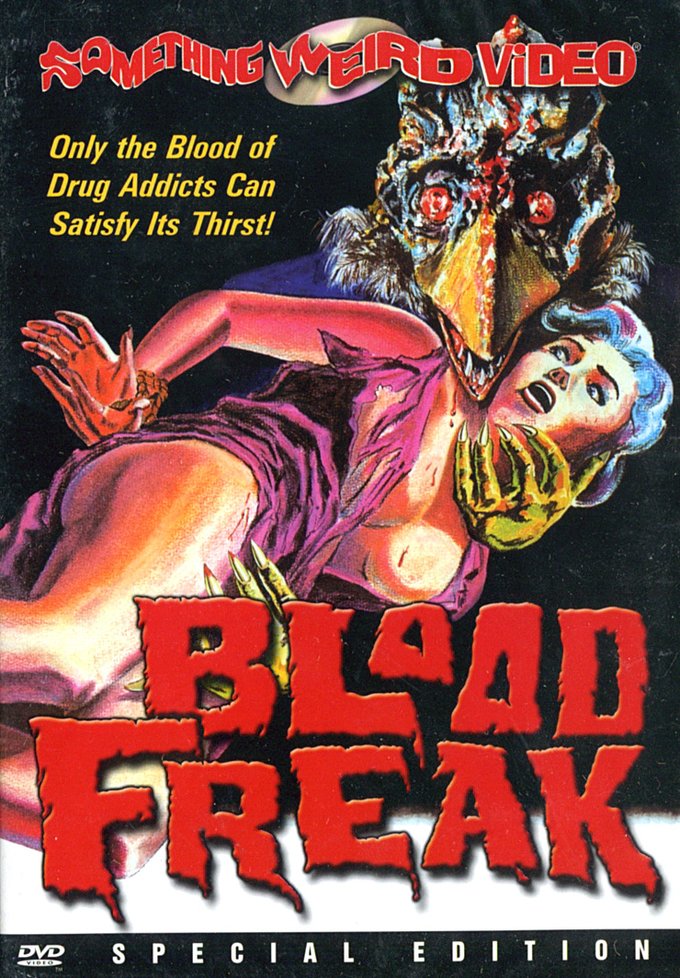 The world's only turkey-monster/anti-drug/pro-Jesus/gore film! Musclebound Herschel (former Tarzan Steve Hawkes) falls under the spell of bad girl Ann when she offers him some weed. Now a writhing, spastic addict, the big galoot works at a turkey farm where he's fed meat treated with an experimental drug and naturally turns into a man with a giant turkey head. Who also gobbles. Still hungry for a fix, Herschel-the-Turkey-Man attacks fellow drug addicts whose blood he drinks with his pointy little turkey beak. He even buzzsaws the leg off a pusher who holds his stump and howls for what seems like days. Punctuated by philosophical pondering by co-director Brad Grinter (Flesh Feast), this is a monster movie unlike any other, a jaw-dropping milestone in crackpot filmmaking, and the ultimate cinematic turkey.

One of the most bizarre mondo flicks ever filmed, BLOOD FREAK tells the story of Herschel, a muscleman who becomes addicted to marijuana because of his lust for a bad girl named Ann. Working on a turkey farm, Herschel is accidentally fed contaminated meat which results in his regular human head morphing into a giant turkey head. Now a strange hybrid of uber-man and turkey, Herschel is still looking for a weed fix, and attacks fellow addicts and drug dealers on his quest to get stoned.