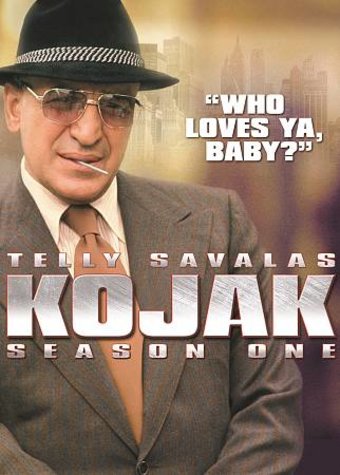 Telly Savalas stars as the bald-headed, lollipop-licking, tough-guy title character in KOJAK. Kojak is a detective for the NYPD, and solves crimes in the Big Apple during the 1970s, which was one of the roughest decades the city has seen. Location shooting in the city itself enhances the series' gritty, realistic feel. KOJAK: SEASON ONE introduces the investigator in a movie-length pilot and 22 standard episodes, with guest stars like Harvey Keitel, James Woods, and John Ritter, and one episode directed by filmmaker Richard Donner (SUPERMAN, LETHAL WEAPON). Savalas won two Golden Globes for his performance as Kojak, and was nominated a further two times for this role. KOJAK depicted the mean streets of New York City with realism that few other television series have since matched.