Rolling Stone: 3.5 stars out of 5 - "MEDULLA is both the most extreme record Bjork has ever released and the most immediately accessible....[With] and awe-inspiring architecture of sound..." 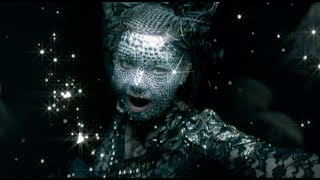 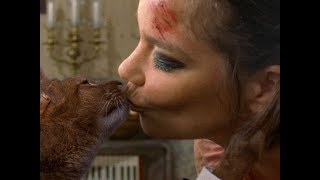 Rolling Stone - p.79
3.5 stars out of 5 - "MEDULLA is both the most extreme record Bjork has ever released and the most immediately accessible....[With] and awe-inspiring architecture of sound..."
Spin - p.111
"On MEDULLA, her voice is in constant motion, in sync with the beat, rather than battling it..." - Grade: B+
Spin - p.65
Ranked #19 in Spin's "40 Best Albums of the Year" - "She's a siren, luring us into the mystic with nothing but her voice."
Entertainment Weekly - pp.161-2
"[S]he'll soon have you shunning electronica....One of her best efforts..." - Grade: A
Uncut - p.100
3 stars out of 5 - "It is the curious marriage of glottal outpouring and emotional candour to microscopically detailed and often utterly illogical arrangements that keeps her music vital and unpredictable."
Uncut - p.76
Ranked #41 in Uncut's "Best New Albums of 2004" - "[A]n awe-inspiring achievement..."
The Wire - p.55
"MEDULLA breezes with a sense of serendipitous discovery, with Bjork singing as sublime as ever."
CMJ - p.39
"The beats of 'Mouth's Cradle' spit and sputter, sometimes as a contrast and sometimes as a perfect fit to the female choir that haunts the corners of the song."
Mojo (Publisher) - p.93
4 stars out of 5 - "MEDULLA is not only the bravest record she's ever made, it's also one of the strangest and most uncompromising by a major artist to get a commercial release....[With a] raw beauty, intricate choral arrangements and decidedly outr‚ production..."

With 2004's MEDULLA, Bjork's already distinctive musical vision is catapulted into another stratosphere. Using the mouth as the primary instrument--vocal, percussive, and otherwise--MEDULLA evokes the ethereal sound of an angelic spirit and a group of Benedictine monks desperately hurtling through outer space. "Pleasure Is All Mine" immediately establishes MEDULLA's haunting, yet strangely comforting, tone. On top of a distorted background of carnal breathing, the vocals of Bjork, Inuit throat singer Tagaq, Mike Patton (Fantomas/Mr. Bungle), and the Icelandic Choir combine with the rhythms of human beat-box Rahzel, building to an eerily ferocious intensity.
The album, which also features art-rock pioneer Robert Wyatt, shifts back and forth between ambitious, operatically layered tracks ("Where Is the Line," "Desired Constellation") and more direct a cappella songs ("Show Me Forgiveness," "Oll Birtan"). Bjork reaches her peak when she combines both of these seemingly disparate forces, as in the electrifying "Who Is It (Carry My Joy on the Left, Carry My Pain on the Right)" and the album-closer, "Triumph of a Heart." MEDULLA proves that, once again, when it comes to sheer musical audacity, Bjork knows no boundaries.