It will scare the pants off you! 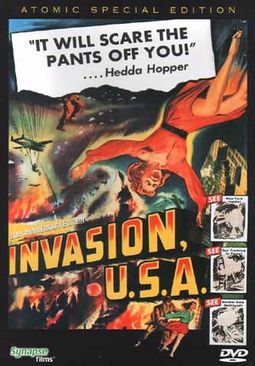 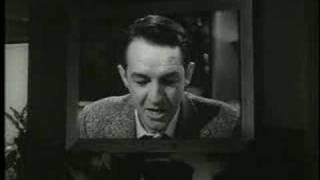 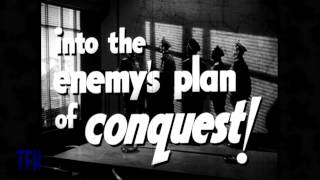 The exploitation masterpiece INVASION USA begins when a mysterious stranger (Academy Award nominee Dan O'Herlihy) engages a diverse group of Manhattan bar patrons in a discussion on the best way to beat Communism. Suddenly, a real Red Alert is declared and enemy parachutists by the thousands begin landing on American soil! Soon atom bombs are dropping, skyscrapers are crumbling and fifth columnists are taking over key industries.

A mysterious stranger (Dan O'Herlihy) enters a Manhattan bar and begins a discussion with the patrons on how to defeat Communism. Before long, a Red Alert is in effect, and America is being invaded by foreign troops, bombs are falling, and skyscrapers are crumbling. In the midst of it all, a reporter (Gerald Mohr) and a debutante (Peggie Castle) try to find love. Using stock footage, models, and more, producer Albert Zugsmith's film--made at the height of the Cold War--attempts to show audiences what World War III would look like as it occurred on American soil.