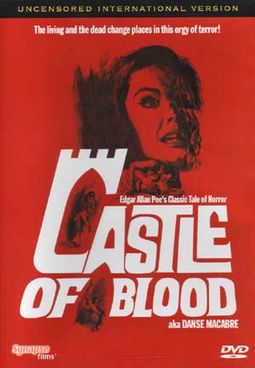 Get email alerts for Zombies
4.1K ratings
Available: Usually ships in 1-3 business days
Add to Cart
Add to Wishlist
Format:  DVD
item number:  G328
Also released as:
Castle of Blood for $10
More products that might interest you:
Classic Horror Collection: 20 Full Color Vintage Movie Postcards (Movie Collectible) $7.98
Related products:
Terror Creatures From The Grave for $5.95
The Ghost for $5.95
Nightmare Castle for $5.95
The She Beast for $5.95
91% recommend us! 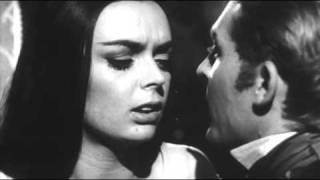 French with English subtitles - When American author Edgar Allan Poe visits London, he is approached by British journalist Alan Foster, who becomes the target of a peculiar wager

While in London, author Edgar Allan Poe wagers that British journalist Alan Foster can't spend an entire night in the haunted castle of Poe's friend Sir Thomas Blackwood. Foster accepts, and once inside the castle, he meets various men and women, who explain to him that they are lost souls being forced to reenact their demises on the anniversary of the day that they occurred. This atmospheric, deeply gothic slice of Euro-horror was originally available in America only in an edited version.