Wolf Alice My Love Is Cool

Rolling Stone: 3.5 stars out of 5 -- "[A] sense of open-ended self-discovery suffuses every song. Rowsell is a Nineties-guitar junkie..." 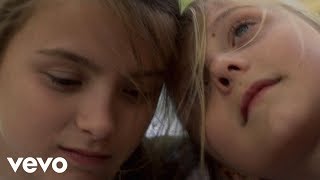 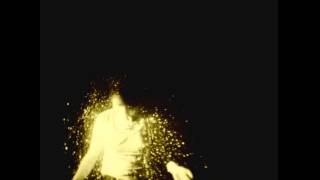 Rolling Stone
3.5 stars out of 5 -- "[A] sense of open-ended self-discovery suffuses every song. Rowsell is a Nineties-guitar junkie..."
Pitchfork (Website) - "[I]t affirms the tentative coming-of-age story in guitarist/singer Ellie Rowsell's lyrics by refusing to settle for a single identity at this early stage....Wolf Alice are best at capturing sensations."
Clash (Magazine) - "Attempting to tackle opposite ends of the musical spectrum - and everything in between - is a brave move on a debut album, but one that has certainly paid off."

Some bands take their time coming into their own. Such is the case with Wolf Alice, who formed in 2010 but didn't release their debut album until 2015. During those five years, Ellie Rowsell and Joff Oddie -- who were joined by drummer Joel Amey and bassist Theo Ellis in 2012 -- explored styles ranging from folk-rock to gritty post-punk on their singles and EPs. My Love Is Cool reflects this growth and finds them sounding more eclectic than ever. The handful of singles that ended up on the album shows how Wolf Alice have refined their sound: "Fluffy" and "Giant Peach" offer the kind of searing, snarling rock that proves PJ Harvey and Silverfish are still their forebears, while "Moaning Lisa Smile" is both brash and ethereal, providing a bridge for the softer sounds they explore on My Love Is Cool. 4AD's classic roster provides plenty of inspiration for a good chunk of the album, with "Freazy" recalling not only Cocteau Twins' glassy sensuality but their penchant for impressionistic song titles. Meanwhile, Rowsell's wild-eyed glee as she sings "I'm taking you down to hell!" over loud-quiet-loud dynamics on "You're a Germ" evokes the Pixies, and the delicate opening track "Turn to Dust" has more in common with Blonde Redhead than any of Wolf Alice's previous music. Despite these enduringly hip reference points, the band also pulls off some moves on My Love Is Cool that are anything but typically cool. They're unafraid of power ballads and grand gestures, and songs like the mini-anthem "Silk" and the sweeping "Bros" -- which sounds like the missing link between Cocteau Twins and the Cranberries -- hint at stadium-sized potential. Later, "Swallowtail" (which features Amey on vocals) suggests the ability Gish-era Smashing Pumpkins had to be intimate and massive at the same time. Despite My Love Is Cool's many stylistic shifts, Wolf Alice don't sound like they're having an identity crisis. This is partly because songs like "Lisbon"'s barbed-wire pop tie the album's more disparate elements together, and partly because the band seems self-assured no matter what. Even if My Love Is Cool sacrifices some of Wolf Alice's earlier fury, the album is all the stronger for it. ~ Heather Phares