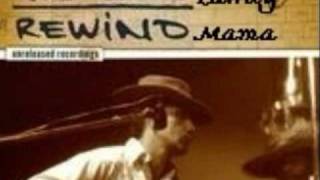 Uncut - p.96
3 stars out of 5 -- "[T]hese '70s and '80s sides maintain high quality....Covers of Clapton, Randy Newman and Waylon Jennings sit snugly beside the originals."
Dirty Linen - p.56
"Longtime Cale fans will be amazed that wonderful tracks like 'Bluebird,' 'Out of Style,' and 'All Mama's Children' weren't released years ago..."

Personnel: J.J. Cale (vocals, guitar); Christine Lakeland (vocals, guitar); Johnny Christopher (acoustic guitar); Steve Gibson (electric guitar); David Briggs (piano); Bobby Emmons (organ); Mike Lawler (synthesizer); Tommy Cogbill (bass guitar); Kenny Buttrey (drums).
The folks at Time Life would like you to think that this is a treasure box filled with forgotten gems from J.J. Cale's long career. It's full, all right, of tracks recorded between 1971 and 1993. But there was good reason to leave them off the albums they were recorded for. Most were cut with a band between 1973 and 1982, though even the cover is wrong here, since there is a reading of Waylon Jennings' classic "Waymore's Blues" cut with largely uncredited musicians in 1971. Unfortunately, it adds nothing to the original. The players included here have been among Nashville and Los Angeles' prize session musicians, from drummer Kenny Buttrey and keyboardist David Briggs to bassist Tommy Cogbill and guitarist Steve Gibson. Add Bobby Emmons on B-3 as well as Glen D. Hardin, Richard Thompson, Spooner Oldham, Tim Drummond, and vocalist Christine Lakeland (who wrote "Seven Day Woman" back in 1983), and you have quite a collection of stars. But these feel more like finished demos than polished recordings. The plethora of covers -- such as the Jennings tune, Randy Newman's "Rollin'," Leon Russell's "My Cricket," and Eric Clapton's "Golden Ring" (which is so close to Clapton's own phrasing that it's difficult for a minute or two to tell who the vocalist is) -- suffer from Cale's limited vocal abilities and the rather lazy presentation. They're laid-back, to be sure, but that's pretty much all they are. Needless to say, Cale's own tunes come off a bit better, such as those cut at Bradley's Barn in 1973 like "Since You Said Goodbye" with Mac Gayden and Drummond, and the country weeper "My Baby and Me," recorded at another studio in Tennessee. They lope and crawl, but they contain the soul and gut feel of some of Cale's better work. His 1982 demo version for "Lawdy Mama" is great, as is "Ooh La La," written by Cale and Lakeland. Recorded in 1980, the pair sing beautifully together; it's a sexy blues and swamp rock tune with a horn section that works like a charm, as does the aforementioned "Seven Day Woman," which seems like it was written specifically for Cale by Lakeland. About half of this is interesting; the rest is for devoted fans only. ~ Thom Jurek