Record Company All of This Life 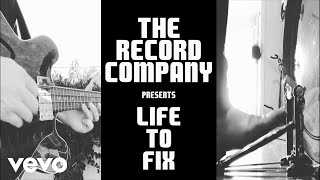 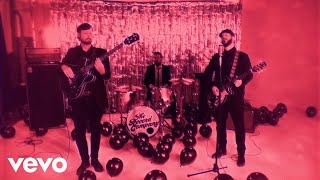 The Record Company - Goodbye To The Hard Life (Music Video)

Personnel: Chris Vos (vocals, guitar, harmonica); Alex Stiff (vocals, guitar); Marc Cazorla (vocals, piano, organ, drums).
Audio Mixer: Mark Needham.
Recording information: Boulevard Recording, Hollywood, CA; TRC Studios, Los Angeles, CA.
Photographers: The Record Company; Kimberly Zsebe.
One of the virtues of the Record Company's 2016 debut album, Give It Back to You, was its simplicity and the band's stripped-down approach, so it's a bit curious that their second long-player, 2018's All of This Life, is an improvement because there's a bit more gingerbread. But on their second turn at bat, this band have managed to fill up their sound a bit without cluttering their surroundings, and the additional harmonies, keyboards, and guitar overdubs on All of This Life put muscle and not fat on the frames of these songs. Give It Back to You was also flawed by a certain lack of originality in their songs, and if All of This Life still follows plenty of well-established blues and roots rock templates, at least this time the influences appear less obvious, and the performances are strong enough that the energy and commitment pull these tunes over the finish line when all else fails. (Though stretching the moody "You and Me Now" out to nearly six minutes was not one of this group's better ideas.) And just as on the debut, All of This Life leaves no doubt that the Record Company know their stuff and work together well; Chris Vos' guitar work is both inspired and concise, bassist Alex Stiff and drummer Marc Cazorla give the music a strong and soulful foundation, and the vocals are full-bodied but generally stop a few notches short of histrionic. Give It Back to You suggested the Record Company had potential they hadn't tapped just yet, and All of This Life shows that they found at least some of it, and it's an honest step up for the band. ~ Mark Deming

The Revivalists
Men Amongst Mountains
$11.80
Add to Cart