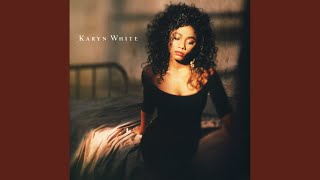 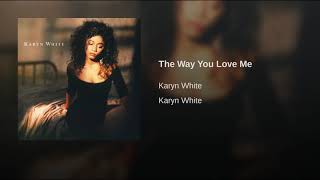 Karyn White The Way You Love Me (Music Video)

Producers: Steve Harvey, Jeff Lorber, Karyn White, L.A. Reid, Babyface and Ian Prince.
Session vocalist Karyn White scored a hit in 1986 by lending her vocals to the Jeff Lorber track "Facts of Love." Not long after, her self-titled solo debut propelled her to pop stardom, and was one of the first albums to solidify Babyface and L.A. Reid as top-notch songwriters. The album was lush, state-of-the-art pop-R&B at its finest, and scored no less than three pop Top Ten hits for the burgeoning songbird. "The Way You Love Me" and "Secret Rendezvous," which were also big dance hits, were groove-heavy, melodic, and sophisticated. However, the song that White will probably be best remembered for is the anthemic ballad "Superwoman," a song that touched a chord with working women everywhere, and, likes its predecessors, shot to the pop Top Ten and the top of the R&B charts. The song wasn't whiny, nor was it male bashing, it was simply of statement of reality. Other notable tracks on this set are the slow-burning "Slow Jam" and the Babyface duet "Love Saw It," which, although not a pop hit, was huge on the R&B charts. This album is sophisticated, late-1980s pop/dance/R&B at its finest. ~ Jose F. Promis

The Jets
The Best of 20th Century Masters / Millennium Collection
$12.10
Add to Cart

Robin Thicke
Something Else
$6.98 on Sale
Add to Cart

Michael Jackson
Off The Wall
$10.70
Add to Cart