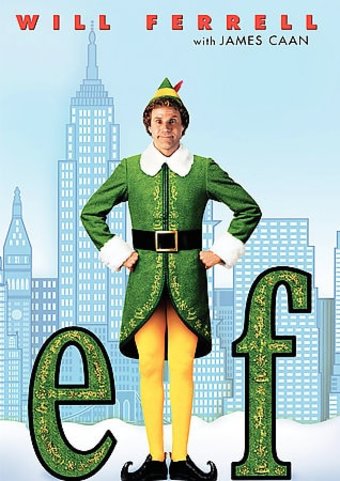 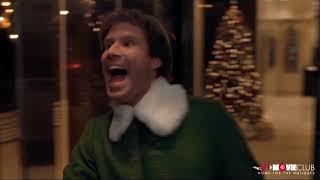 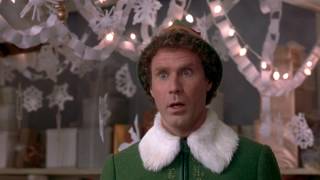 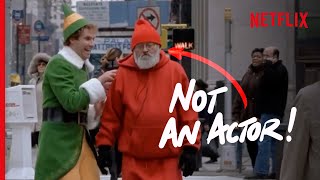 Will Ferrell makes yet another memorable splash on the big screen in Jon Favreau's sweet and hilarious Christmas fable. Ferrell is Buddy, an innocent figure who was raised as an elf in the North Pole by his adoptive father, Papa Elf (Bob Newhart). When Buddy discovers that he's actually a human being, he heads to New York City to reunite with his biological father. The trouble is that his dad, Walter (James Caan), is a publishing executive who doesn't have time for anything other than work. Buddy moves in with Walter and his family, and proceeds to teach them a lesson or two about what being a family really means. Meanwhile, he also falls head over heels in love with the incredibly cute department store clerk, Jovie (Zooey Deschanel). By the time Christmas Eve rolls around, the general lack of spirit in the air threatens to ground Santa for the big night. He must rely on Buddy's expertise and overall enthusiasm to ensure that Christmas will be saved once again. Favreau's film is family entertainment at its finest, featuring a performance by Ferrell that is at once innocent, tender, and laugh-out-loud funny. A stellar supporting cast--including Caan, Deschanel, Newhart, and Faizon Love--adds to the film's already overabundant charm.

Once upon a Christmas Eve, an orphan baby crawled into Santa's bag of gifts and was taken to the North Pole. Raised by Papa Elf (Bob Newhart), Buddy (Will Ferrell) comes to realise he doesn't fit in with the other elves. Determined to find a place where he belongs, Buddy searches for his real dad - in New York City!
In the Big Apple, Buddy finds out why his dad (James Caan) is on the naughty list! But most importantly, he sees that the world is seriously lacking in Christmas spirit, which causes Santa all kinds of problems! So with the help of a beautiful department store elf (Zooey Deschanel), Buddy tries to teach his dad and the world the true meaning of Christmas spirit and to prove to everyone that Santa (Ed Asner) really exists!

The March of the Wooden Soldiers
$10
Add to Cart