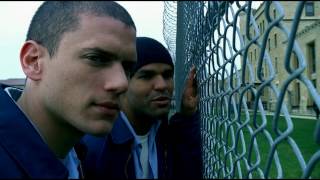 The third season of this thrilling, hyper-paced series picks right up where the last one left off. With much of the crew back in prison at Sona Federal in Panama, Lincoln Burrows has been exonerated from his criminal charges. Michael Scofield, however, is incarcerated once again and is facing a homicide charge. The two find themselves dealing with the corrupt and far-reaching secret government Company and agree to plan and execute the escape of Company agent and convict James Whistler in exchange or the release of Dr. Sara Tancredi and L.J. Burrows. Of course it may take more than a few attempts to circumvent Sona's ultra-high-security facilities and countless other circumstances, but that's what PRISON BREAK is all about, right' In a season series creator Paul Scheuring dubbed the "Redemption" season, will all the pieces of this intricate puzzle finally come together' And, perhaps more importantly, will everyone make it out intact' Breakout stars Dominic Purcell (PRIMEVAL) and Wentworth Miller (UNDERWORLD) electrify this super-charged season.