From the moment he first saw the stallion, he knew it would either destroy him, or carry him where no one had ever been before… 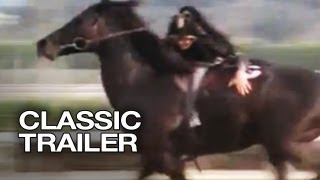 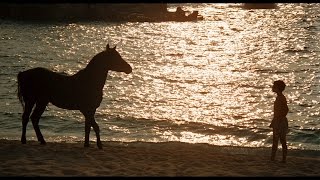 Acclaimed cinematographer Carroll Ballard steps into the director's chair with THE BLACK STALLION, a visually stunning adaptation of Walter Farley's classic novel about the adventures of a young boy and his love for a black, Arabian stallion. When Alec (Kelly Reno) washes upon the shore of a deserted island after a terrible shipwreck, he soon discovers that he isn't the only survivor. A wild Arabian stallion managed to reach the island as well, giving Alec a new reason to live. Gradually, Alec wins the stallion's trust, instigating a relationship that will change both of them forever. When Alec is finally discovered, he convinces his mother to let the stallion live in the backyard, and after meeting Henry Dailey (Mickey Rooney), a thrilling final chapter is introduced, one in which Alec and the stallion begin to train for a racing championship, making their bond even stronger.
Ballard's film, tautly edited by Robert Dalva and lushly photographed by Caleb Deschanel, has become one of the pinnacle achievements of family entertainment. Intelligent, simplistic, moving, and inspiring, it is a brilliant example of cinema's ability to be effective without relying on dialogue to tell the story. Featuring a standout performance by Rooney as the horse trainer.

17%off
Spirit: Stallion of the Cimarron
$12.50 Super Savings
Add to Cart

The Adventures of Huckleberry Finn
$16.20
Add to Cart

The Legend of Longwood (DVD)
$15.40 Super Savings
Add to Cart