The Ghost and Mr. Chicken

G-G-GUARANTEED! YOU'LL BE SCARED UNTIL YOU LAUGH YOURSELF SILLY! 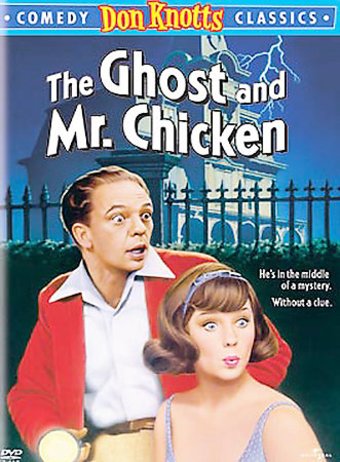 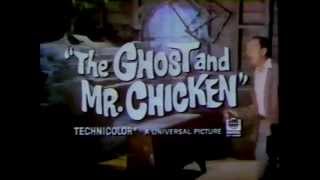 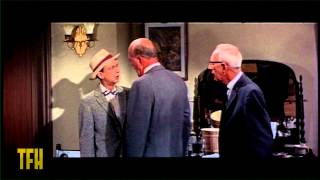 Adam Rifkin on THE GHOST AND MR. CHICKEN (Featurette)

In this comic mystery film, bumbling, small-town typesetter Luther Heggs tries to solve a murder so he can prove he has what it takes to become a reporter. Luther thinks he's seen a ghost in a house where a killing has taken place. However, when he writes an article about what he's seen for his newspaper, nobody will believe him. So, to prove he's telling the truth, Luther spends a night in the "haunted house." But will the would-be reporter stay alive long enough to get to the bottom of this mystery' And will he be able to win over Alma, the girl he's crazy about, in the process'

40%off
Sarah Landon and the Paranormal Hour
$5.98 on Sale
Add to Cart

Customer Rating:
Based on 15305 ratings.


The basic problem I have with this movie after watching it for the first time in years is that the lightful music score throughout is sometimes out of place. Either no music or something less light would do well in spots where Luther is doing ordinary things.
On the other hand, sometimes he is doing important things,
yet his support score is undermining that by insisting that everything he does is a joke, producing saccharin-like humor.
The court scene is the high point as far as comic effect goes.
Knotts was capable of funnier stuff than this, but overall it is a pretty good show. Recommendable as an amusing film worth buying and watching.


I FIRST WATCHED THIS MOVIE WHEN I WAS 9 OR SO YRS. OLD. THE MOVIE IS A BARNHOUSE OF LAUGHS. MRS. MAXWELL'S CHARACTER IS A GOOD MIX WITH LUTHER'S, KNOTT'S BEING THE REPORTER LUTHER HEGGS. LUTHER IS CLASSIC KNOTTS ALL THE WAY, A MEMORABLY WOBBLYCOBBLY KINDA' FELLA' WHO YOU'D NEVER FORGET IF YOU MET HIM IN REAL LIFE. AND YOU'D PROBABLY NEVER GET THROUGH LAUGHING ABOUT HIS QUIRKS EITHER! TOO BAD COMIC FAMILY ENTERTAINMENT HAS DROPPED SO FAR BELOW THE HARMLESS GOOD OL' LAUGHALOT SPIRIT THAT MAKES THIS MOVIE SUCH A KEEPSAKE.


This is one of the first movies I remember ever watching on TV as a kid. Seems like it would usually show up each year at Hallowe'en time. It's chock full of good ol' all-around family entertainment. ( Something this country desperately needs more of today. )

I enjoy so many things about this movie: "Attaboy, Luther!" ( a recurring bit suggested by Andy Griffith ); "And they used Bon Ami!" ( Don Knotts personally called the president of the Bon Ami Cleanser company to ask for permission to use that brand name in the movie ); the two haunted organs; the memorable Victorian house facades seen up and down "Colonial Street" on the Universal City backlot ( which includes the Munster's house and the Cleaver's house ).

If you have never seen this movie, or haven't seen it in years, do yourself a favor and get one from Oldies.com while you can! Get one, or I'll come back and haunt you...