The Witches of Oz (Blu-ray) 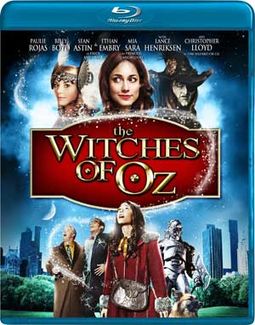 29 ratings
Out of Print: Future availability is unknown
Notify Me When Available
Add to Wishlist
Format:  Blu-ray
item number:  QFVS
Also released as:
The Witches of Oz for $13.10
91% recommend us! 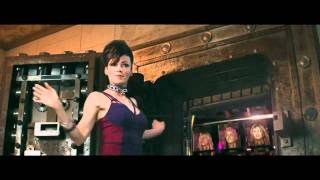 THE WITCHES OF OZ (Trailer)

A grown-up Dorothy Gale finds herself once again pitted against The Wicked Witch of the West in this fantasy adventure inspired by author L. Frank Baum's cherished tales of Oz. A respected author of children's books, Dorothy (Paulie Rojas) gleans her inspiration from the fantastic yarns spun by her grandfather when she was just a little girl. Upon receiving a handsome offer from a prominent New York publisher, Dorothy packs her bags and prepares for the adventure of a lifetime. Shortly after arriving in the city, however, Dorothy's dormant memories of her own trip to Oz come rushing back, and she realizes that her childhood nemesis The Wicked Witch of the West has hatched a plan to cross into our reality. Should she succeed, it would certainly spell doom for the entire world. But with the help of her old friends, Dorothy might just have the power to save mankind from the vengeful enchantress' wrath. Sean Astin, Ethan Embry, Lance Henriksen, Christopher Lloyd, and Jeffrey Combs star.