Home for the Holidays PG-13 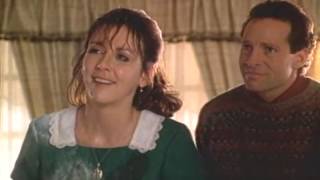 Home For The Holidays Trailer 1995

"I can see your roots, Claudia."
- Adele Larson (ANNE BANCROFT) to her daughter, who has just come home to visit.
"So why isn't some man from Japan giving you $63 million for one lousy picture'"
- Adele Larson (ANNE BANCROFT) to her daughter, Claudia (HOLLY HUNTER).
"Who are these people' Where did I even come from'"
- Claudia Larson (HOLLY HUNTER), to herself, speaking about her family.

This all-star, all-too-familiar tale revolves around the Thanksgiving turkey that lures a young woman home every year to her typical American family only to be embarrassed all over again by her loony relatives.

It's Thanksgiving, so you know what that means -- dinner with your family, for better or for worse. But Claudia Larson's woes begin right before she flies home: she loses her job, and her teenage daughter swears she will lose her virginity while Claudia is away. And when she arrives at her parents' home, things do not improve, thanks to Claudia's quirky family. This includes her meddling mom, an obnoxious gay brother, her unsmiling, resentful sister, and a very odd, flatulent aunt. The next two days will prove difficult for Claudia, but they will not be without moments of tenderness, caring and love.

Mickey's Once Upon a Christmas (DVD)
$17.60 Super Savings
Add to Cart

60%off
The Norman Luboff Choir
Calypso Holiday / Songs of Christmas
$5.98 on Sale
Add to Cart
(7)