See him before he sees you 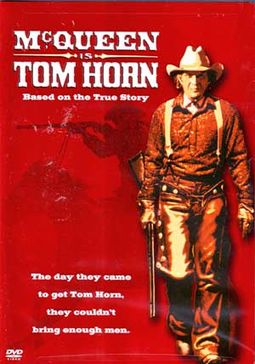 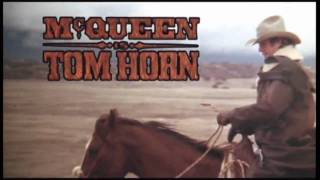 The saga of Tom Horn - a real-life "enforcer" of Old West days - held a particular fascination for another legend. Hollywood icon Steve McQueen starred in and executive-produced what would be his next-to-last movie, a gritty, exciting recreation of Horn's latter-day career in a turn-of-the-century West where gentler ways supplanted the law of the gun - and Horn would be an unwitting victim of that change.

Linda Evans, Richard Farnsworth, Billy Green Bush and Slim Pickens head a strong cast in a film capturing the essence of a time when a man's word was only as good as his guns or fists. Shot on serenely beautiful Arizona locations, Tom Horn indelibly brings to life one of the West's truly unsung heroes.

Mc Queen plays a rugged man of action who rids the big-sky country of rustlers but is ultimately forced to stop his one-man war. Ending is provocative.

An Old West bounty hunter named Tom Horn rides into town, his reputation as a Indian tracker preceding him. A rancher quickly hires Tom to protect his stock and kill cattle rustlers if necessary. When, for political reasons, Tom is framed and jailed for murder, he comes to the realization that he is part of a dying breed.