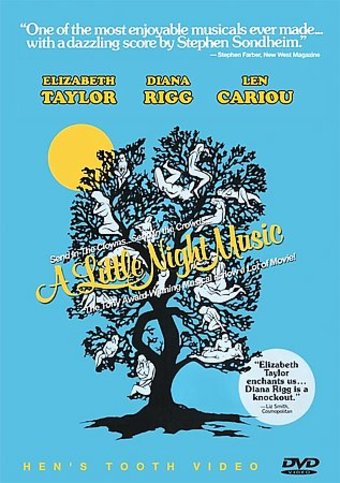 After a chance meeting with her ex-lover, an actress sets out to win him back in this tale of changing partners in 1905 Vienna. Academy Awards: Best Original Song Score, Best Costume Design.

Film version of Stephen Sondheim's Broadway musical, based on Ingmar Bergman's "Smiles of a Summer Night."
A group of individuals escape to a country estate in order to repair their love relationships. Included are a famous, randy actress ready to commit to her man, and a dull lawyer, who has yet to sleep with his nubile wife.