Living in a Big Way

Gene Kelly cavorts with a clever dog, woos a statue, scampers across the beams of an uncompleted apartment and joins children in a medley of games. 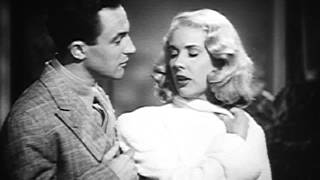 Living In A Big Way - Trailer

Like many postwar films, Living in a Big Way embraces a familiar theme: the plight of the returning servicemen. Gene Kelly returns home to the war bride he scarcely knows and finds she has misgivings about their impulsive nuptials. While sorting out this personal problem, he involves himself in a public one: construction of housing for the huge number of homeless vets.

Dramedy in which Kelly sings and dances his way home from the war, only to discover that his young wife harbors doubts about the stability of their marriage.

Army pilot Leo Gogarty hastily marries Margaud Morgan and is sent overseas to fight only a few hours later. When he returns home to his bride, three years later, after military service, Leo finds her a very changed woman. As a result of her father's wartime prosperity, she's become a wealthy socialite and the only thing she wants from Leo is a quick divorce. But when he develops a project to deal with the lack of housing for veterans, the fickle Margaud starts to see him in a different light and tries to win him back again.