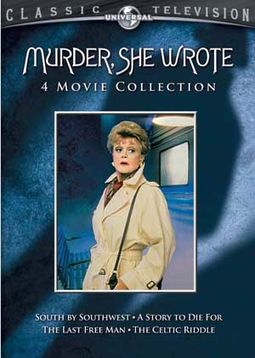 This release from the mystery series MURDER, SHE WROTE offers four made-for-TV movies from the series, following mystery writer and amateur sleuth Jessica Fletcher as she investigates happenings in Cabot Cove, as well as far away Martinique. Movies in the set include SOUTH BY SOUTHWEST, A STORY TO DIE FOR, THE LAST FREE MAN, and THE CELTIC RIDDLE.