Lust. Seduction. Revenge. The Game As You've Never Seen It Played Before. 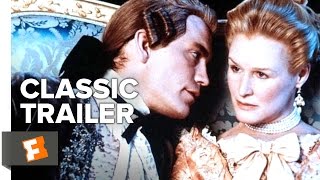 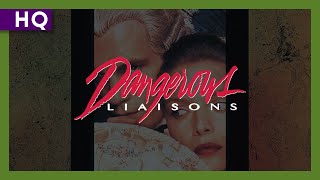 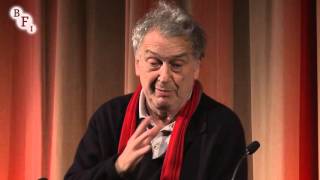 Based on the infamous novel LES LIASONS DANGEREUSES by Choderlos de Laclos and the subsequent Christopher Hampton play, set in pre-revolutionary France, a cunning Marquise (Glenn Close) and a seductive Vicomte (John Malkovich) mastermind a cruel and complicated game of romantic manipulation. Set against the backdrop of high-society baroque boudoirs, filled with deceitful lovers and cunning sexual gamesmanship, the Marquise and the Vicomte agree to a competition involving a virginal young bride (Uma Thurman) and a faithful wife (Michele Pfieffer). When the Vicomte successfully seduces the virtous and faithful wife they unexpectantly fall in love, breaking the rules of the inhuman Marquise's clever parlor game with vengeful results.

DANGEROUS LIASONS is Stephen Frears' terse adaptation of Choderlos de Laclos' famous epistolary tale about the sexual machinations of two jaded eighteenth century French aristocrats. In order to get revenge on a man who jilted her, the wicked Marquise de Merteuil (Glenn Close) persuades a former lover, the rakish Vicomte de Valmont (John Malkovich), to deflower the man's virginal young fiancee (Uma Thurman). Valmont agrees, but presents the Marquise with his own challenge: if he succeeds in seducing a virtuous young wife known for her unshakable fidelity, Madame de Tourvel (Michele Pfieffer), the Marquise must grant Valmont a night in bed. The cold-blooded twosome proceed gleefully with their heartless scheme against the stunning backdrop of aristocratic France, displaying high stakes sexual gamesmanship and deceitful cunning. When the Valmont succeeds in seducing the virtuous Madame de Tourvel, the pair unexpectantly realize they have fallen in love, tragically defying the rules of the inhuman game, much to the horror of the cruel Marquise de Merteuil. Beautifully filmed with lavish period costumes, DANGEROUS LIASONS features critically acclaimed performances by its all-star cast.

The Remains of the Day
$12.60 Super Savings
Add to Cart