Get email alerts for David Bowie
Currently Out of Stock: We'll get more as soon as possible
Notify Me When Available
Add to Wishlist
Format:  CD  (2 Discs)
sku:  6D7QW
Related products:
Billy Idol: Greatest Hits for $11.98
The B-52's: Time Capsule [Import Version] for $10.98
Our customers love us! 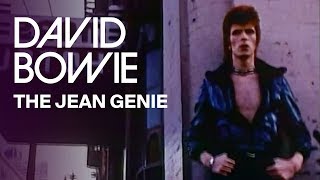 Not the first posthumous compilation from David Bowie -- that would be the lavish box Who Can I Be Now? (1974-1976), which was planned prior to his January 10, 2016 death -- Legacy is nevertheless the first designed with his, well, legacy in mind. That much can be gleaned from the title of the compilation, but that's a bit of a feint since this set essentially repackages the simplest incarnation of a previous Bowie hits compilation, 2014's Nothing Has Changed. Legacy is available as a single and a double-disc, both carrying sequencings that mirror those on Nothing Has Changed (and both featuring a new mix of "Life on Mars?"). On the single disc, the first 12 songs are the same, then the back sequence is different, discarding "Absolute Beginners" and "Hallo Spaceboy" and concluding with "Where Are We Now?" and "Lazarus." Similarly, the double-disc has a nearly identical sequencing on its first disc -- "Ashes to Ashes" and "Fashion" are swapped -- with the differences arriving in the comp's final six songs, so Heathen's "Everyone Says Hi" is here, and this concludes with "Lazarus" and "I Can't Give Everything Away." In both cases, the Legacy sequencing is slightly better than that on Nothing Has Changed, since it winds up ending on the elegiac note that Bowie gave Blackstar. Still, it's splitting hairs: the 2016 and 2014 compilations are similar to each other, and they're also similar to the many Bowie comps that came before, and they're all just as likely to satisfy and pique interest. ~ Stephen Thomas Erlewine