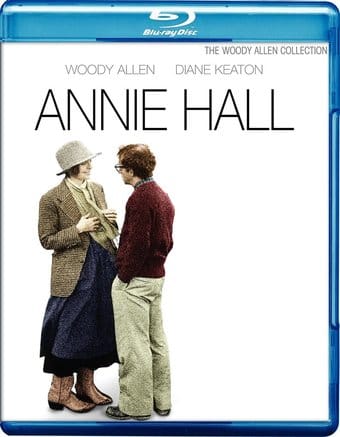 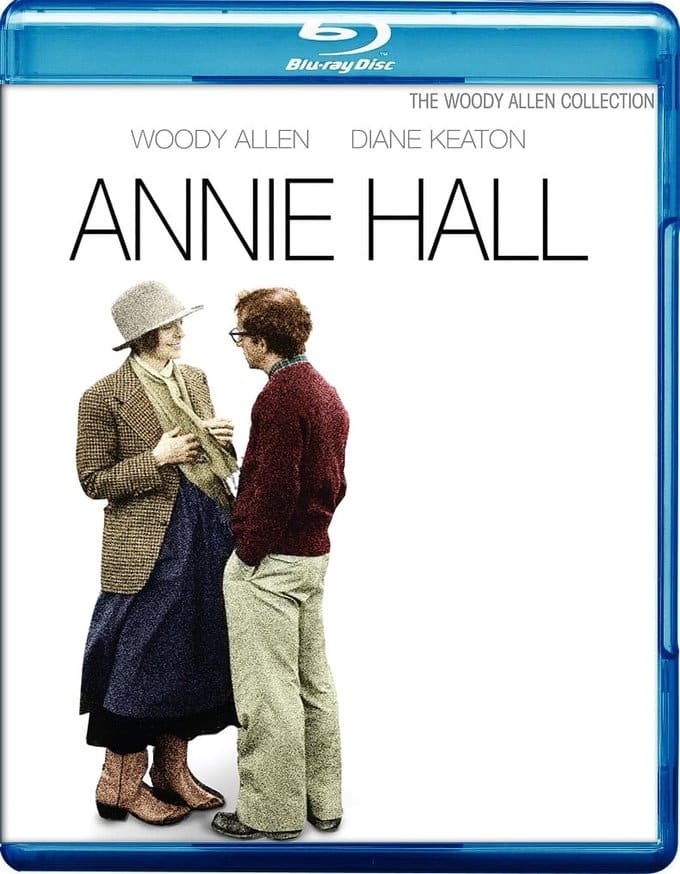 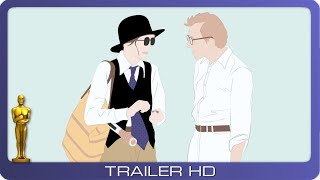 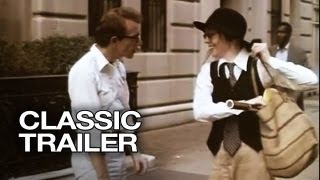 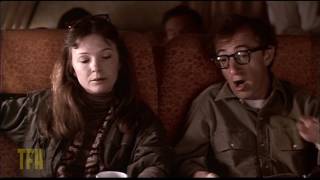 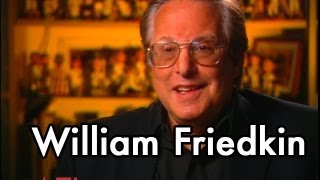 Often considered the crown jewel in a highly acclaimed and prolific film career, ANNIE HALL is Woody Allen's only film to have won the Academy Award for Best Picture. This recognition, however, is not what makes the film significant. ANNIE HALL marks the beginning of the second phase of Allen's career as a filmmaker, abandoning the slapstick of SLEEPER and BANANAS for more thoughtful comedies (and eventually dramas) that explored human relationships and psychology. Allen's capacity as a creative filmmaker had also grown with the film, as he utilized creative subtitles, split screens, and animation, as well as evincing a sophisticated understanding of the potential of editing and camera movement for comic effect--consider the cutaway to Allen's character Alvy Singer, as seen through the eyes of "Grammy Hall" during the dinner sequence, or shortly afterward the slow pan to Alvy in the passenger seat of a car driven by Annie's unhinged brother Duane.

The film is a brutally honest assessment of the prospects of a relationship between two very different people. Allen's Alvy is (like the filmmaker himself) an introverted, neurotic intellectual and a complete mismatch for Diane Keaton's vivacious, flaky Annie Hall. Although the romance is undoubtedly the center of the film, it affords Allen the opportunity to contrast his beloved New York culture with that of the Midwest, where Annie comes from, and Los Angeles, which tempts Annie with the possibility of fame and success as a singer. The city of New York itself plays an important part for the first time in an Allen film, with a great deal of location shooting that serves to highlight the city's character and atmosphere. Finally, the many comedic cameos peppered through the film--from Truman Capote to Paul Simon to media theorist Marshall McLuhan--pay tribute to the deserved reputation that Allen had gained for himself.

Woody Allen's breakthrough comedy is a constant joy to watch. Allen plays Alvy Singer, a New York-centric comedian who cannot get any pleasure out of life. He is obsessed with death and thinks that there are only two types of people in the world: the horrible and the miserable. Into his world comes midwestern flake Annie Hall, played fabulously by Diane Keaton. As they fall in love, she begins to outgrow him emotionally, resulting in a hysterical yet ultimately bittersweet romantic comedy.