A woman and a warrior that became a legend. 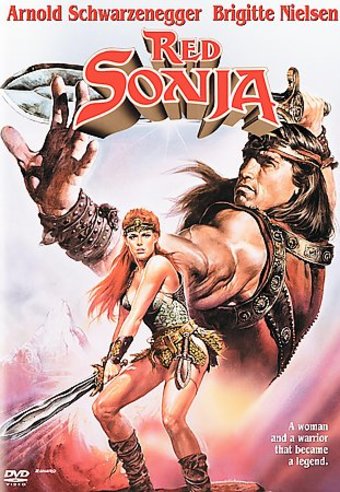 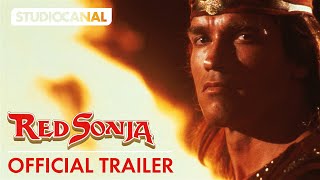 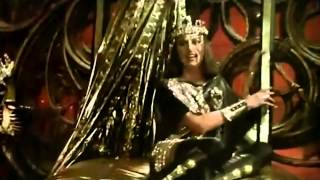 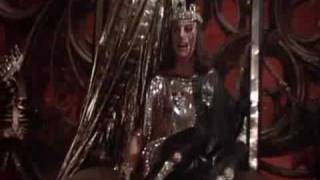 RED SONJA is a semisequel to CONAN THE BARBARIAN and CONAN THE DESTROYER. Like those two movies, the film is directed by Richard Fleischer and based on characters created by sword-and-sorcery writer Robert E. Howard. After suffering at the hands of Queen Gedren (Sandahl Bergman), warrior Red Sonja (Brigitte Nielsen) seeks vengeance. When the queen seizes a talisman that yields immense power, Sonja sets out to thwart her. On her journey, Sonja is aided by the mysterious Kalidor (Arnold Schwarzenegger), and meets the 12-year-old Prince Tarn (Eddie Reyes, Jr.) and his bodyguard, Falkon (Paul Smith). After many trials, the quartet arrives in the Land of Perpetual Night where they confront Queen Gedren in her stronghold.

Less violent than CONAN THE BARBARIAN, RED SONJA is more brutal than CONAN THE DESTROYER. The film features a contest between Kalidor and Red Sonja--she has vowed never to give herself to a man unless he defeats her in a fair fight. Comic relief is provided by the young Prince Tarn as he tires of watching their extended battle with very big swords. Fleischer (THE VIKINGS, THE PRINCE AND THE PAUPER) is an old hand at directing flamboyant swordplay, and he keeps the action moving to the film's explosive finale.

In director Richard Fleischer's action-packed fantasy, Red Sonja, a powerful warrior, sets out to avenge the death of her family at the hands of an evil queen.