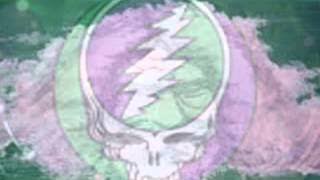 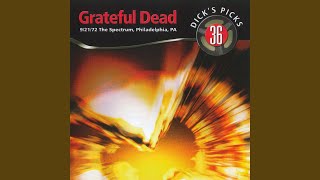 Friend of the Devil (Live at the Spectrum, Philadelphia, PA, September 21, 1972) (Music Video)

Personnel: Jerry Garcia (vocals, guitar); Phil Lesh (vocals, electric bass); Donna Jean Godchaux, Bob Weir (vocals); Keith Godchaux (keyboards); Bill Kreutzmann (drums).
Photographers: Brian Blauser; Algera Tucker; Jim Thrower; Deb Trist; Mike Myer.
1972 was a pivotal year in the Grateful Dead's evolution. The band, crew, and families spent the better part of the spring across the pond, touring throughout Europe. Failing health was rapidly catching up with co-founder Ron "Pigpen" McKernan (vocals/organ/harmonica), who -- still considered an active member -- had not played with the Grateful Dead since mid-June. His replacement(s) came in the form of the husband-and-wife team of Keith Godchaux (keyboards) and Donna Jean Godchaux (vocals). The pair's contributions, especially those of Keith, were immediately felt in the jazz-fused direction the Dead's music was adopting. The four-disc Dick's Picks, Vol. 36 (2005) includes the complete three-plus-hour performance on September 21, 1972, at the Spectrum in Philadelphia, PA. While the show is heavy on longer jams, those excursions are complemented with compact selections, such as the rousing cover of Chuck Berry's "Promise Land" that kicks off the set. Due to a broken string from Jerry Garcia (guitar/vocals), Keith Godchaux steps up with beautiful piano leads during a nearly quarter-hour "Bird Song," that joins a particularly ferocious "China Cat Sunflower"/"I Know You Rider" and "Loser" as bright moments from disc one. Among other first set highlights -- which sprawl onto disc two -- are a full-throttle "Cumberland Blues," and an exceptionally trippy "Playing in the Band," with Keith Godchaux, Garcia, and Phil Lesh (bass) impelling the truly psychedelic spontaneous inventions during the sinuous instrumental improvisations. The Grateful Dead ease into the second set with a languid and probing "He's Gone" that foretells the "Truckin'"/"He's Gone" medley as well as the epic "Dark Star." Clocking in at over 30 minutes, the musicians take full advantage and have ample opportunities to navigate without trepidation into uncharted territory. Again it is Keith Godchaux and Garcia who initiate the collective exploration. Additionally, there are readings of "Morning Dew" -- which emerges from the ashes of "Dark Star" -- "Mississippi Half-Step Uptown Toodeloo," as well as a sublime "Goin' Down the Road Feeling Bad" that is concealed within a brawny "Not Fade Away" sandwich. By some accounts the triple-tune filler -- from September 3, 1972, at Folsom Field in Boulder, CO -- equals the main program. "He's Gone" provides a perfect platform for the vicious "Other One," and emotive "Wharf Rat" that follows. Parties interested in experiencing the Grateful Dead at one of their undeniable peaks -- both in terms of repertoire and prowess -- will not be disappointed and may well find themselves regularly revisiting Dick's Picks, Vol. 36. ~ Lindsay Planer