The Pied Piper of Hamelin

This tuneful rendition of the classic children's tale features the haunting classical music of Edvard Grieg and a stand-out performance by Van Johnson in a dual role. 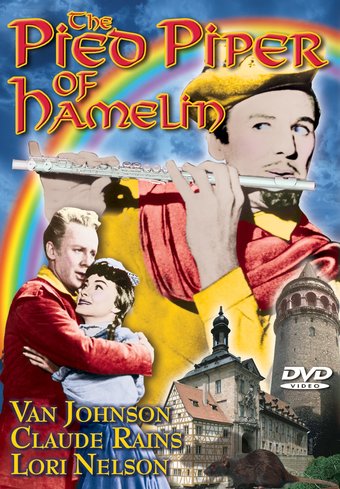 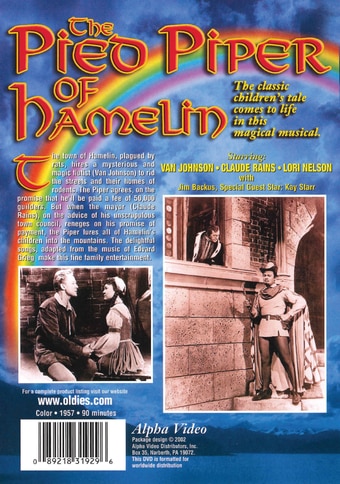 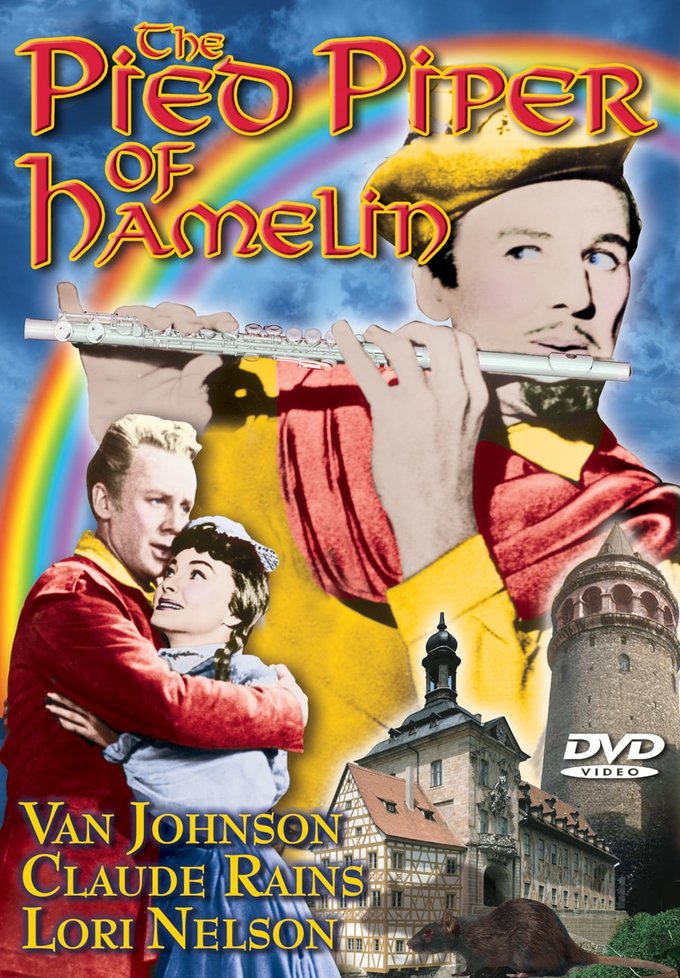 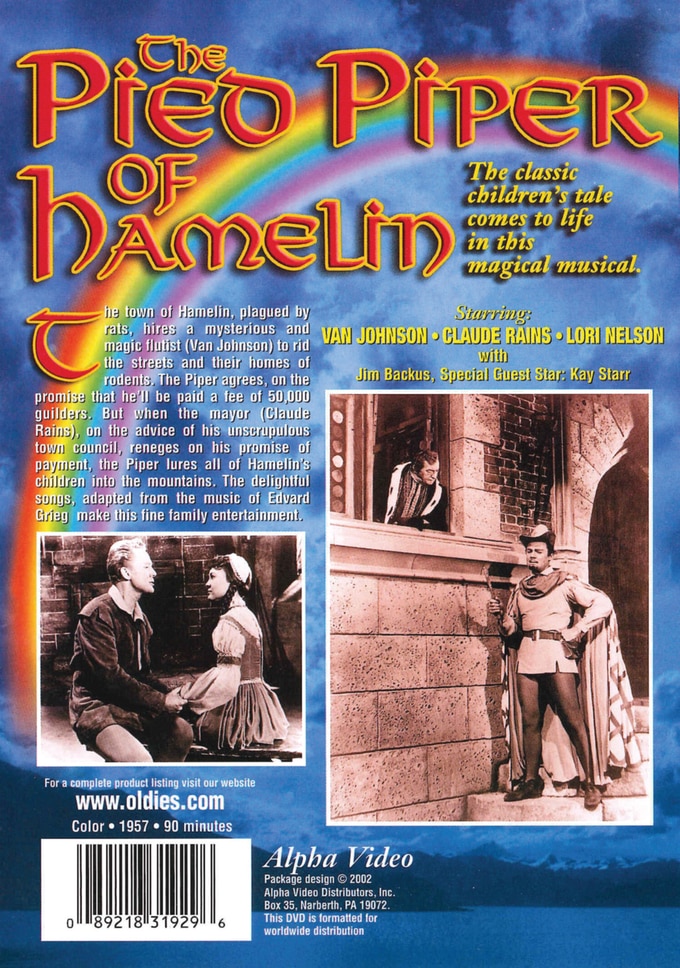 The town of Hamelin, plagued by rats, hires a mysterious and magic flutist (Van Johnson) to rid the streets and their homes of rodents. The Piper agrees, on the promise that he'll be paid a fee of 50,000 guilders. But when the mayor (Claude Rains), on the advice of his unscrupulous town council, reneges on his promise of payment, the Piper lures all of Hamelin's children into the mountains. The delightful songs, adapted from the music of Edvard Grieg make this fine family entertainment.

A piper (Van Johnson) with magical abilities charms the populace of a Bavarian village in 1284, and lures the town's children to his mountain home after the townspeople fail to keep a promise. The haunting music of Edvard Grieg highlights this made for television program based on the classic poem by Robert Browning.

Rivalry | Fantasy | Children | Animals | Fairy Tale | Made-For-Network TV | Theatrical Release | Sci-Fi / Horror / Fantasy | Music | 1950s
This product is made-on-demand by the manufacturer using DVD-R recordable media. Almost all DVD players can play DVD-Rs (except for some older models made before 2000) - please consult your owner's manual for formats compatible with your player. These DVD-Rs may not play on all computers or DVD player/recorders. To address this, the manufacturer recommends viewing this product on a DVD player that does not have recording capability.

Customer Rating:
Based on 524 ratings.


A bit low-budget, But this is a very enjoyable musical, with colourful sets and costumes. The picture quality is good, and then movie is quite charming.