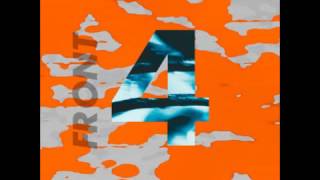 Just like they did it back in 2004 with Geography, FRONT 242 now re-release their second classic release No Comment + Politics Of Pressure on CD digipak format with the original album design in a fully remastered version by Daniel B. No Comment and Politics Of Pressure were originally released in 1984 and 1985, at a moment when FRONT 242 reached its full force line-up made of Daniel B., Patrick Codenys, Jean-Luc De Meyer and Richard 23 Jonckheere; and really started attracting true cult-following. They had become the solid leaders of the newly born electronic body music movement in reference to their high-tech and hard edged electronic punk dance music. They were also shaping their today cult image as a high energetic powerful live-act dressed in military outfits ready to conquer the world and become one of the most popular underground bands for the many years to follow...