Rolling Stone: 3.5 stars out of 5 - "...The Wu are not just back - they're overhauled and determined to compete....returning to the fount of underground hip-hop..." 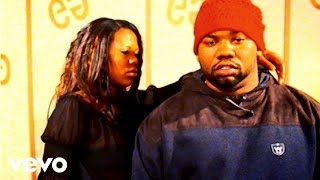 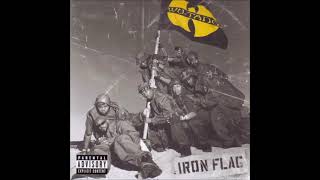 Wu-Tang Clan: Rza, Method Man, Ghostface Killah, Raekwon, Inspectah Deck, Ol' Dirty Bastard, Masta Killa, U-God, Gza.
Additional personnel includes: Flavor Flav, Ron Isley.
Producers include: RZA, Poke & Tone, Trumaster, Nick "Fury" Loftin, Mathematics.
Recorded at Sony Music Studios, 36 Chambers, and Soundtrack Studios, New York, New York.
Released in the dying days of Loud Records, IRON FLAG is a mostly overlooked record in the vast Wu-Tang legacy. However, that's not to say that the 2001 LP doesn't boast the tight, twisted rhymes coming in chaotically from all angles, the delirious motley of tones that were the trademark of the shaolin of Staten Island. The group opens on a strong, if somewhat standard, RZA beat with "In the Hood" before building to a crescendo behind a trademark Wu chant on "Rules." If anything, the record is marked by the sprawl that had overtaken the seemingly open-ended collective by the turn of the century; however, IRON FLAG proves even when it's the lesser-known original players like Masta Killa and underrated affiliate Prodical Sunn taking the mic, Wu Tang Clan ain't nothing to, well, mess with.

Soundtrack
Any Given Sunday [Music from the Motion Picture]
$15.70
Add to Cart