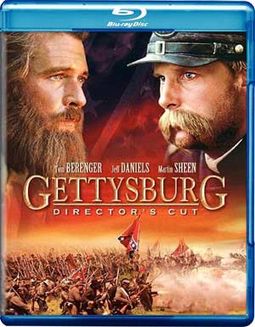 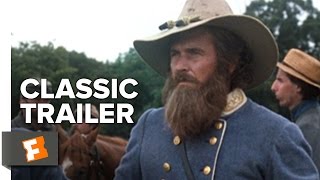 The TNT original GETTYSBURG is a sweeping production depicting the events that led up to the Battle of Gettysburg and the three-day battle itself, which claimed tens of thousands of lives, turned the tide of the Civil War, and eventually put an end to slavery in the United States. An excellent production illuminating the horrors and heroes of this uniquely idealistic war, the film boasts terrific performances from Jeff Daniels, Tom Berenger, and Martin Sheen. The screenplay was based on the best-selling novel THE KILLER ANGELS by Michael Shaara.

GETTYSBURG captures in vivid detail one of the most famous battles of the Civil War, in which more than 50,000 American lives were lost. Covering three days of brutal military campaigns, the film re-creates the world in which Robert E. Lee, James Longstreet, Lewis Armistead, and others made their tactical decisions and demonstrated their leadership.
Special attention is paid to historical accuracy in costumes, epic battle scenes, and weaponry. The film alternates between Northern and Southern perspectives in order to deliver a full picture of the battle that changed American history.