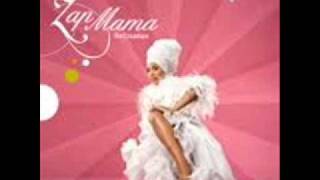 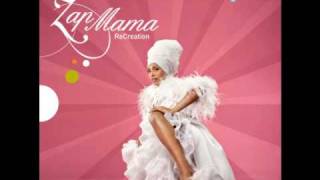 Personnel: David Gilmore, Michael Franti (guitar); Leon Pendarvis (piano); Will Lee (bass guitar); Tony Allen (drums).
Audio Mixer: Russell Elevado.
Among longtime followers of Zap Mama, there has been considerable debate over the artistic merits of the group's evolution. Some die-hard fans of Zap Mama's early work miss the days when they were strictly an a cappella group and functioned as somewhat of a female equivalent of Ladysmith Black Mambazo. Others, however, like what Marie Daulne's outfit evolved into, which is a group that uses instruments most of the time and favors a sound that inspires comparisons to Erykah Badu but with more of a strong Afro-pop element, some lyrics in French, and the influence of European pop. But if ReCreation exemplifies a sleeker, more commercial direction for Zap Mama, it is a long way from generic -- and Daulne is still taking her share of chances. ReCreation is fairly diverse, ranging from the salsa-flavored "Hello to Mama" to "Paroles Paroles" (Words Words), a French-language version of Mina and Alberto Lupo's early-'70s Italian pop hit "Parole Parole." Zap Mama's version (which features French actor Vincent Cassell) is somewhere between chanson and chillout/downtempo, and it reminds listeners that Daulne can sing as convincingly in French as she sings in English. Meanwhile, "Singing Sisters" (which reunites Daulne with Sylvie Nawasadio and Sabine Kabongo, two members of Zap Mama's a cappella lineup of the early '90s) is the closest this 2009 release comes to the group's early sound. But that track is atypical of ReCreation on the whole, and enjoyable, Badu-ish offerings like "Togetherness," "Drifting" (which features G. Love), and "Non, Non, Non" clearly aren't going for the type of rawness that Zap Mama had in the beginning. Although slightly inconsistent, ReCreation is a generally respectable effort that has a lot more ups than downs -- at least if one accepts the fact that Zap Mama didn't quit making worthwhile albums in the 1990s. ~ Alex Henderson