Four episodes of outrageous Stooge hilarity produced between 1936 and 1947. 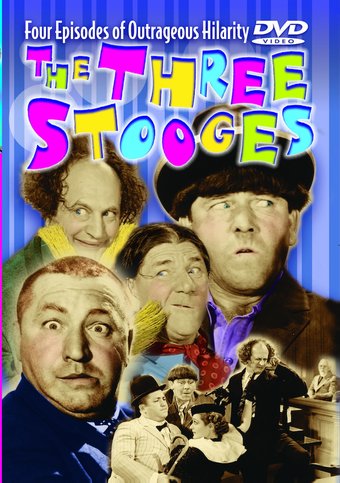 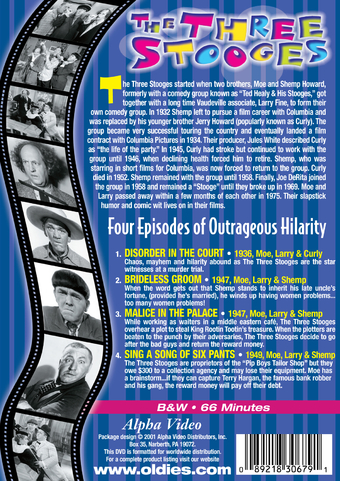 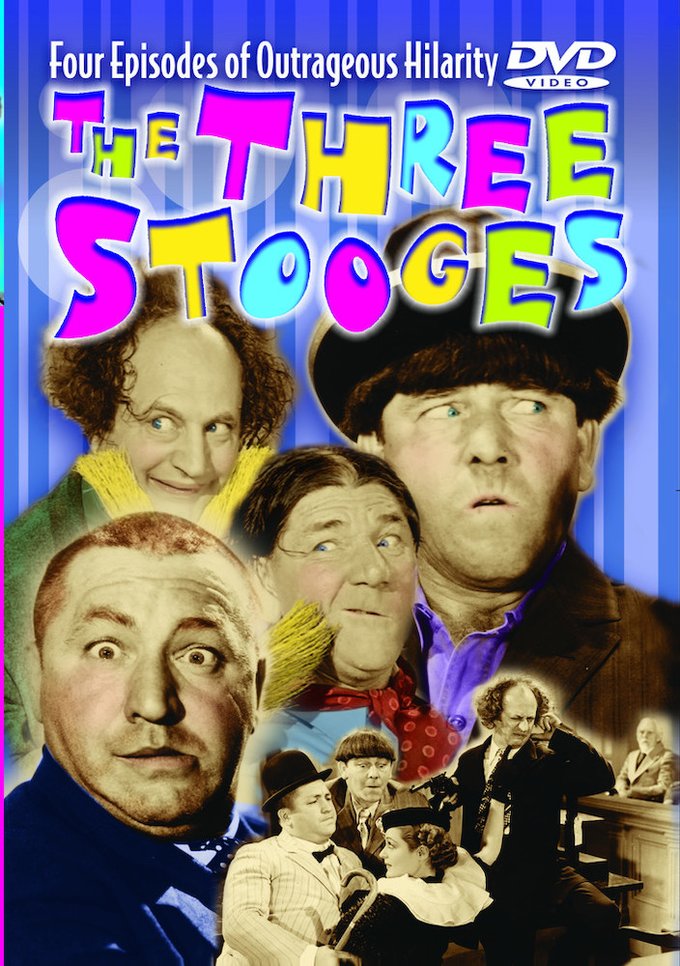 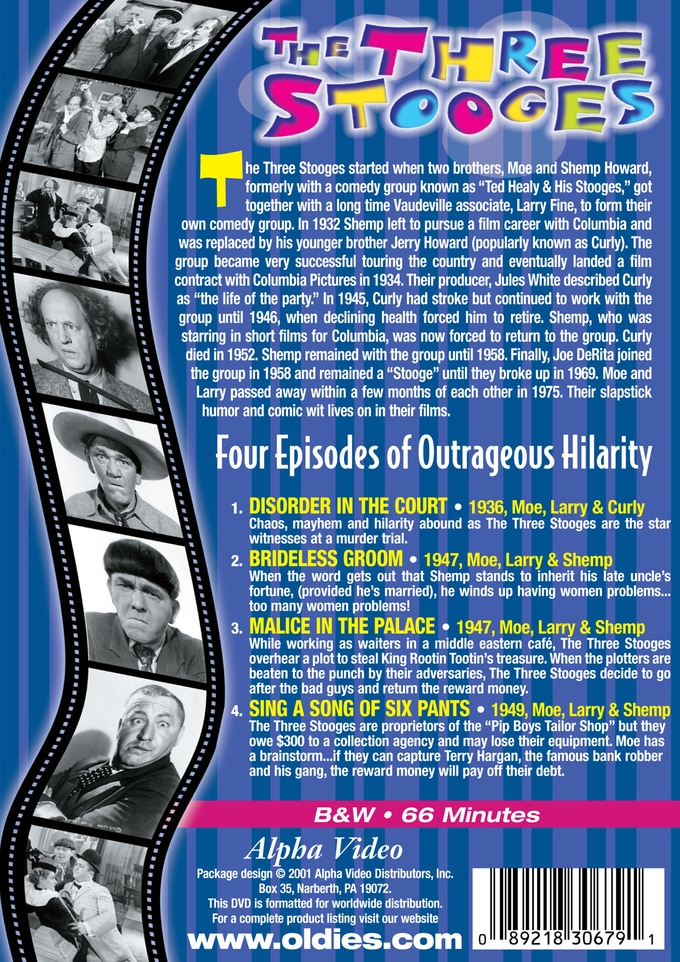 The Three Stooges started when two brothers, Moe and Shemp Howard, formerly with a comedy group known as "Ted Healy & His Stooges," got together with a long time Vaudeville associate, Larry Fine, to form their own comedy group. In 1932 Shemp left to pursue a film career with Columbia and was replaced by his younger brother Jerry Howard (popularly known as Curly). The group became very successful touring the country and eventually landed a film contract with Columbia Pictures in 1934. Their producer, Jules White described Curly as "the life of the party." In 1945, Curly had stroke but continued to work with the group until 1946, when declining health forced him to retire. Shemp, who was starring in short films for Columbia, was now forced to return to the group. Curly died in 1952. Shemp remained with the group until 1958. Finally, Joe DeRita joined the group in 1958 and remained a "Stooge" until they broke up in 1969. Moe and Larry passed away within a few months of each other in 1975. Their slapstick humor and comic wit lives on in their films.

Includes four THREE STOOGES episodes starring Larry Fine, Moe Howard, Shemp Howard, and Curly Howard. In "Disorder in the Court," Larry, Moe, and Curly raise havoc when they must appear in court for a murder trial. In "Brideless Groom," the fellas help marry-off Shemp so that he can gets a $500,000 inheritance. In "Malice in the Palace," the stooges get in all sorts of trouble when they sneak into a sheik's palace in search of the "rootin' tootin'" diamond. And in "Sing a Song of Six Pants," the boys pose as tailors and mistakenly aid a gang of fugitive bank robbers.


I grew up on the humour of later comedians like Jim Carrey and Chris Farley. I really enjoyed watching these 4 classic episodes of early slap-stick physical comedy. However only 1 of the 4 episodes has Curly, who I like the most. If more Curly episodes come out I'll definitely buy them!