Trigger is kidnapped and held for ransom by Roy Roger's enemies. 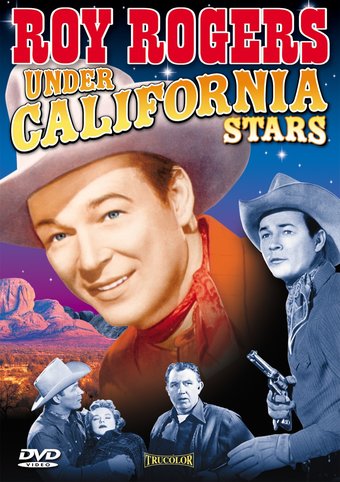 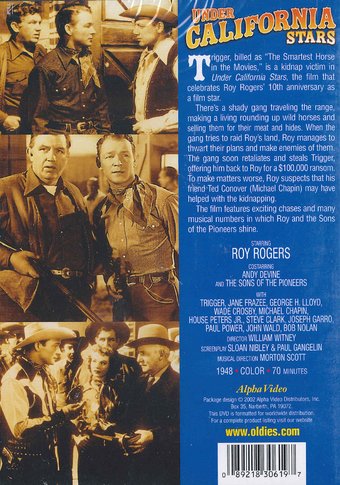 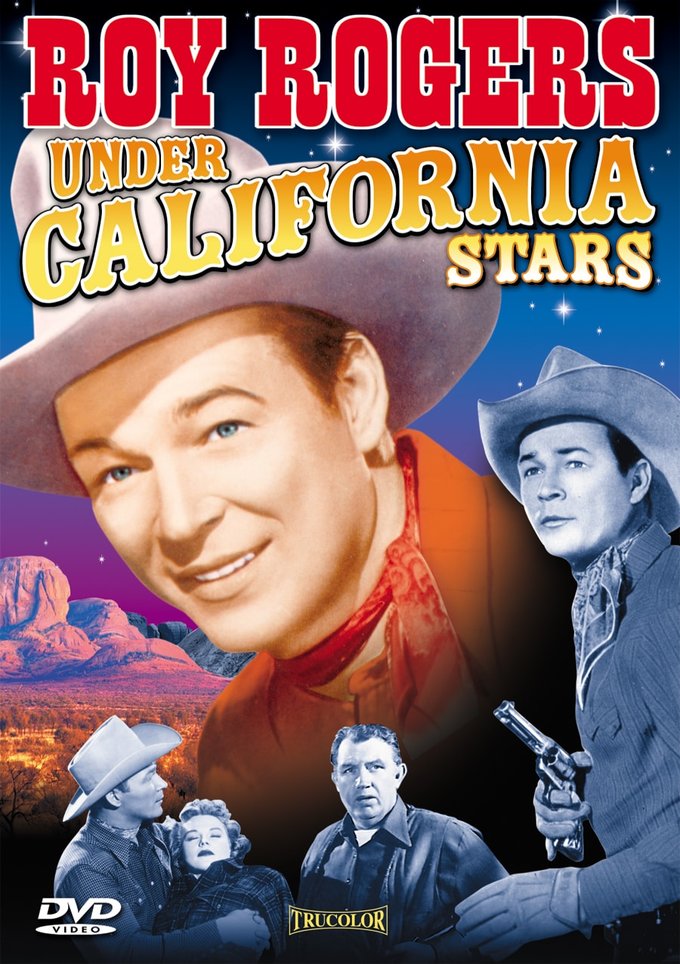 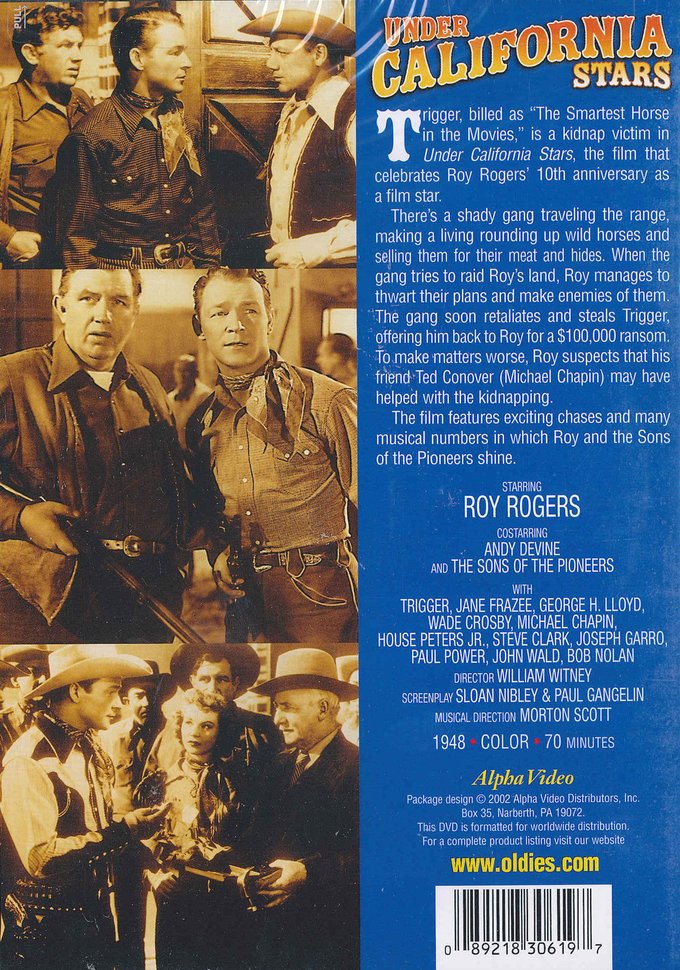 Trigger, billed as "The Smartest Horse in the Movies," is a kidnap victim in Under California Stars, the film that celebrates Roy Rogers' 10th anniversary as a film star.

There's a shady gang traveling the range, making a living rounding up wild horses and selling them for their meat and hides. When the gang tries to raid Roy's land, Roy manages to thwart their plans and make enemies of them. The gang soon retaliates and steals Trigger, offering him back to Roy for a $100,000 ransom. To make matters worse, Roy suspects that his friend Ted Conover (Michael Chapin) may have helped with the kidnapping.

The film features exciting chases and many musical numbers in which Roy and the Sons of the Pioneers shine.

Roy and his pals at the Double-R-Bar Ranch go after a shady gang that stole Trigger. In an action-packed episode, Roy and Trigger return to the ranch in preparation for an anniversary broadcast. He arrives to find that Cookie has hired all his relatives, and that a gang has been hunting range horses. Roy immediately stops the hunting on his land, but then Trigger gets kidnapped! Can Roy straighten things out and restore order'

Customer Rating:
Based on 381 ratings.


Under California Stars is widely available on DVD, including a digitally restored version that looks great, but unfortunatly cuts out parts of the script. The Alpha version is easily the most desirable, as it is uncut and and off of a clean print. Anyone familar with Repuplic's "Tru Color" knows it has not worn well over the years and this is about as good as it gets. If you want to know what the appeal of Roy Rodgers was, this is the one movie to have.