The first casualty of war is innocence. 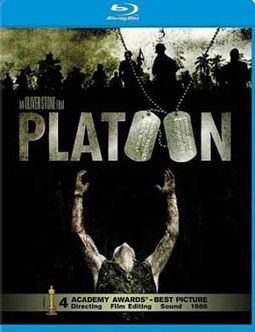 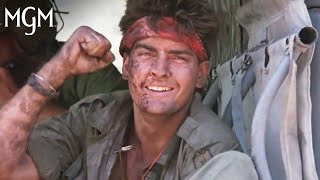 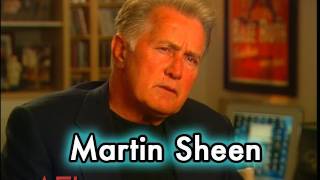 In PLATOON, Oliver Stone draws on his experience as an infantryman in Vietnam to convey the brutality of guerrilla warfare: the heat of the jungle, the brushes with such wildlife as snakes and leeches, and, most powerfully, the presence of the unseen enemy. Charlie Sheen stars as Chris, a raw recruit, or "new meat," who serves as the film's narrator. At first he wilts under the rigorous conditions of jungle life, freezes up in a fire fight, and wonders whether he'll be able to survive. But he gradually adapts and, as time goes by, begins to see that the platoon is divided into two groups. One consists of lifers, juicers, and subintelligent whites, the other of blacks and heads. Sgt. Barnes, a combat-loving burnout (Tom Berenger), is the informal leader of the lifers, and Sgt. Elias, a free spirit (Willem Dafoe), leads the latter group. When the platoon takes some gruesome losses, an enraged Barnes kills some Vietnamese and orders the burning of their village, outraging the temporarily absent Elias. As the conflict between these two reaches its tragic climax, Chris must decide what he really values. Widely regarded as one of the finest war films ever made, PLATOON reflects not only the United States' division over Vietnam but the timeless truths of battle: terror, disorientation, exhilaration, and horrible loss.