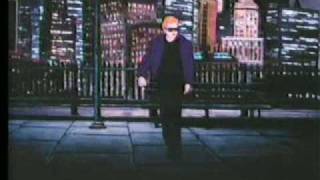 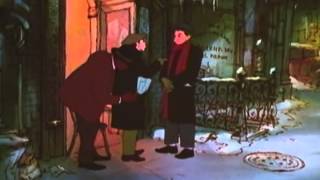 "I'm crazy in love with your blue eyes and your cornsilk hair. I'll never eat corn again without thinking about you--can corn, candy corn, popcorn, Cracker Jack. You're the prize in my box, and my box is this country, all tinfoil on the outside, corn and sweetness on the inside."
- Tony (Ron Thompson), wooing the Kansas waitress who will become the future mother of his son, Kerouac-style

This sweeping epic of Americana follows four generations of angry young men and their music via the animation of director Ralph Bakshi. As the story begins, Russian immigrant song-and-dance man Louis fathers Benny, a jazz pianist who gets killed in WWII but not before fathering Tony, a sullen Brooklyn youth who runs off to San Francisco to write lyrics for a Jefferson Airplane-style acid rock band. Crippled by low self-esteem, Tony blows his chance at the big time and winds up a New York junkie in the 1970s, along with his illegitimate son, who later becomes a cocaine-dealing cartoon composite of Lou Reed, Bruce Springsteen, and Billy Idol. Featuring music by everyone from Scott Joplin to Jimi Hendrix to Pat Benatar, this rambling feature is a powerfully moving experience thanks to its sheer bravado and endless supply of great music. Bakshi integrates his animation style of rotoscoping (tracing the animation from live film) with historical photos and film footage to tell the story of American popular music in a unique way that sets this ambitious picture into a class all its own.

The Triplets of Belleville
$12.60 Super Savings
Add to Cart

84%off
History Channel: History's Mysteries - Exorcising the Devil
$3.98 on Sale
Add to Cart