Sherlock Holmes The Woman In Green

Sherlock Holmes suspense at its best. Hypnotism and fiendish murders all lead to the evil Professor Moriarty and his lovely accomplice. 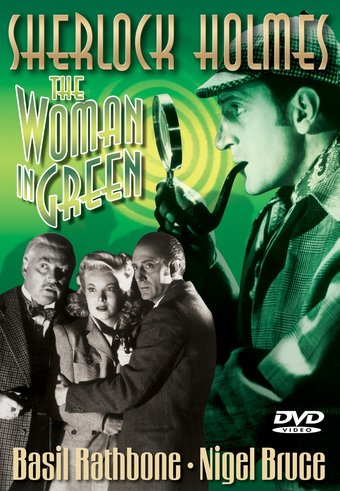 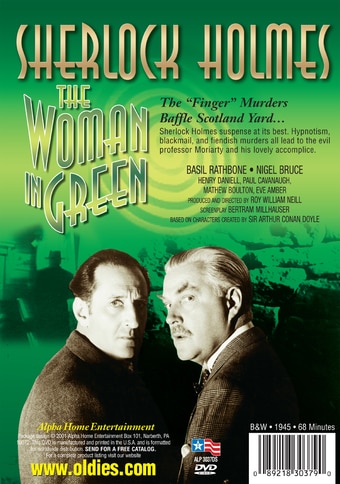 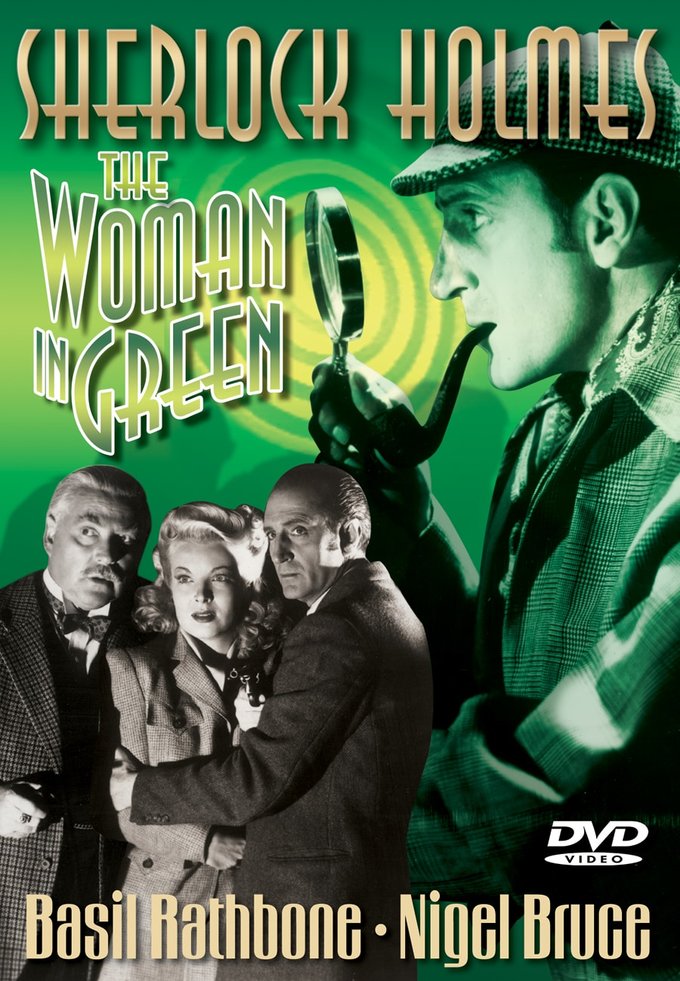 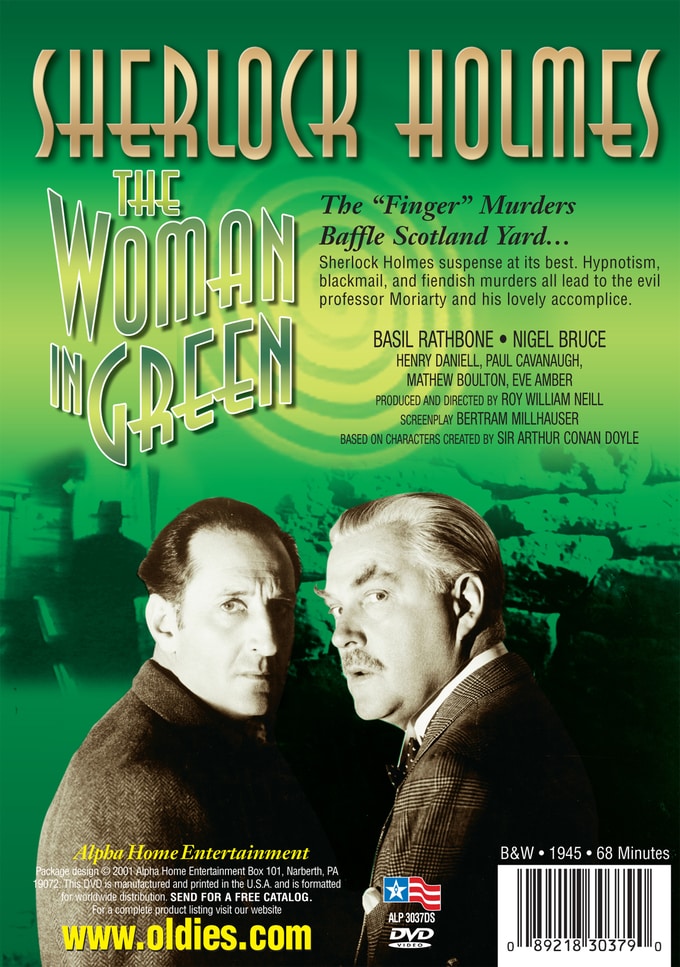 Sherlock Holmes suspense at its best. Hypnotism, blackmail, and fiendish murders all lead to the evil professor Moriarty and his lovely accomplice.

When four women are found murdered--each missing their right forefinger--a baffled Scotland Yard calls in master sleuth Sherlock Holmes (Basil Rathbone) and his faithful cohort Dr. Watson (Nigel Bruce) to help crack the case. Believing the murders to be the work of a criminal mastermind, Holmes follows the trail to a society of hypnotists and a mysterious, beautiful woman named Lydia Marlow (Hillary Brooke). It isn't long before Holmes discovers a web of hypnosis and blackmail that leads him to his archenemy, the evil Professor Moriarty (Henry Daniell), who lures the detective into a dangerous trance from which he may never awake. Based on the Sir Arthur Conan Doyle story "The Empty House," THE WOMAN IN GREEN marks the last of the classic Rathbone films to be penned by Holmes regular Bertram Millhauser.

Detectives | Classic | Mystery | Suspense | Thriller | Vintage | Murder | Blackmail | Sleuth | Detective | Mysteries
This product is made-on-demand by the manufacturer using DVD-R recordable media. Almost all DVD players can play DVD-Rs (except for some older models made before 2000) - please consult your owner's manual for formats compatible with your player. These DVD-Rs may not play on all computers or DVD player/recorders. To address this, the manufacturer recommends viewing this product on a DVD player that does not have recording capability.

74%off
The Hound of the Baskervilles / Pursuit to Algiers
$5.20 Super Savings
Add to Cart

19%off
The Private Life of Sherlock Holmes
$16.20 Super Savings
Add to Cart

Sherlock Holmes in Dressed to Kill
$19
Add to Cart