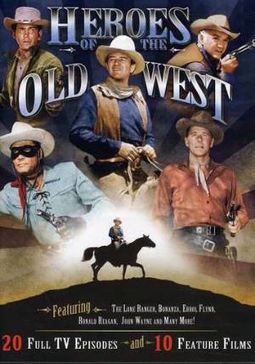 Harken back to those glorious days of early television when Cowboys were King and the West was still Wild! Combining the best and most iconic performers, characters, films and TV shows, this 4-DVD set highlights all of the hard-riding and fast-shooting stories of your favorite heroes of the big and small screen with adventures guaranteed to delighted audiences of all ages!