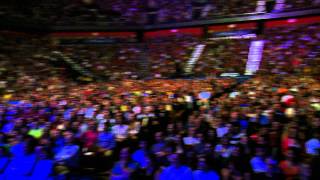 Director Rodman Flender offers a candid look at one of the most difficult chapters in Conan O'Brien's turbulent career while following the popular late-night talk-show host on his 32-city "Legally Prohibited From Being Funny on Television Tour." In 2009, O'Brien took over THE TONIGHT SHOW from host Jay Leno; seven short months later, he was looking for a new job. Though his split from NBC was undoubtedly painful, O'Brien did his best to keep his spirits high and his fans laughing, even going so far as to embark on a cross-country comedy tour after being prohibited from appearing on television. In this film, we see not only the public image put forward by a beloved yet embattled television personality, but also the fierce determination of an entertainer to persevere after watching his dreams go up in flames.

Page One: A Year Inside the New York Times
$3.98 on Sale
Add to Cart