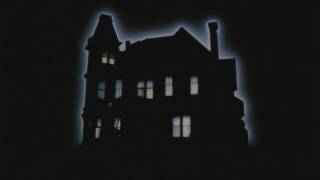 William Katt (THE GREATEST AMERICAN HERO) stars in this 1980s horror/comedy as Roger Cobb, a writer who has just split from his wife and is looking to complete a novel about his experiences in Vietnam. In order to work in peace, Roger moves into his aunt's old house, which she left to him after committing suicide, apparently after a bout with mental illness. However, Roger quickly learns that his aunt's suicide was probably the result of the strange forces at work inside her house, forces which begin giving Roger terrible and very real feeling nightmares about his past. Soon, Roger has become convinced that his long dead son is somehow trapped within the house, and he prepares to find an entryway into the house's bizarre supernatural energy. An inventive take on the haunted house genre, HOUSE achieves its distinctive tone by deftly mixing an ominous atmosphere with dark humor and witty dialogue, resulting in an often creepy and very funny movie that has become a cult favorite.

In an effort to purge himself of the terrible events he experienced in southeast Asia, a professional writer begins work on a semi-autobiographical novel. However, instead of the results he expected, he finds himself giving way to a neurotic frenzy which is somehow related to a nightmarish house.

The Amityville Horror
$6.40
Add to Cart

24%off
The Amityville Horror (Blu-ray)
$7.60 Super Savings
Add to Cart

25%off
Rick Springfield
The Encore Collection (CD)
$5.98 on Sale
Add to Cart